To be honest, we would freak.

Brides can be a bit temperamental at times, especially in the days and weeks leading up to their wedding. However, in this story it's not the bride who is hard to deal with, it's her sister-in-law.

The woman wrote that between her bridal shower and her wedding day, her sister-in-law tried to take the thunder away from her.

The bride, who is from the US, explained:

"Thanksgiving last year my now-husband and I announced our engagement and our intention for a June wedding. A few weeks later my BIL and SIL announced the pregnancy of their first child."

She said that she was "genuinely excited" about the baby, however when it came to her bridal shower, things took a turn.

If that wasn't bad enough, her husband's relative who RSVPed to her party skipped it to go to the baby shower, then in the last hour her sister-in-law turned up "wearing a white dress, a tiara, and a pink satin sash over her chest."

As the wedding approached, things seemed to go from bad to worse.

"Husband and I picked June 8 for the wedding. We had everything set up, everything paid for, a church and a minister, reception hall. It was all set and ready to go. About a week before my wedding SIL announces that she scheduled her c-section for June 8."

The bride explained that her husband's family are all very close, and they told her that if they had to choose between the wedding and the birth of their grandchild, they'd choose the baby.

"One afternoon right before the wedding SIL came over and asked if I was upset. I sort of went off on her. I didn't yell or use physical violence but I did cuss." 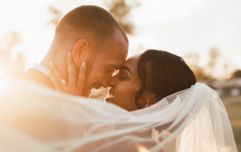 END_OF_DOCUMENT_TOKEN_TO_BE_REPLACED

She went on to say that since the baby has been born, she has not met him yet. Her husband went to see the newborn when he was three weeks old, but she doesn't want to see her sister-in-law.

Many replied to the post saying that they felt sorry for the bride. One said:

"Your SIL is a horrible person. To schedule her baby shower on the day of your bridal shower was no coincidence. She was given 2 dates for c section. She chose your wedding day?! That’s BS! Totally intentional. Good luck with your husband’s family! They all sound selfish as hell!"

What would you have done in this situation?

popular
Irish dad shares warning after his 12-week-old baby was hospitalised with RSV
9-year-old boy will "never be the same again" after Wexford dog attack
7 Christmas markets and Santa experiences to visit with kids this winter
Olivia Wilde wanted to work through issues with Harry Styles
There's a FREE Santa experience happening in Dublin
"I want to spend all my time with them": Vogue Williams on suffering from mum guilt
Expert says Cocomelon acts "as a drug" to kids' brains
You may also like
5 months ago
Pregnant bride goes into labour on her wedding day four before due date
7 months ago
8 stunning bridal headpieces for your big day
7 months ago
Bride dubbed 'the devil' after strict dress code for wedding day
2 years ago
Rainbow veils perfect for brides who want something a little different
2 years ago
Bride baby wears her toddler down the aisle and we can't deal with the cuteness
3 years ago
Experts share their tips to help find the perfect wedding day perfume
Next Page