Sophie was a bridesmaid at Stacey's July wedding.

Sophie Hinchcliffe aka Mrs Hinch has opened up about being Stacey Solomon's bridesmaid.

The influencer is one of Stacey's best friends and was lucky enough to stand by her side when she married Joe Swash in July.

During a Q&A session, Hinch revealed how Stacey asked her to be one of her bridesmaids.

She said it was really simple, but a sweet moment.

"We were in the cinema together stuffing our faces with popcorn and ice cream at the time [when she asked me].

“So (we) left the film early and went girlie shopping instead but we were both so shocked at the price of the designer sunglasses that we walked out empty-handed, and went for some Wasabi instead! 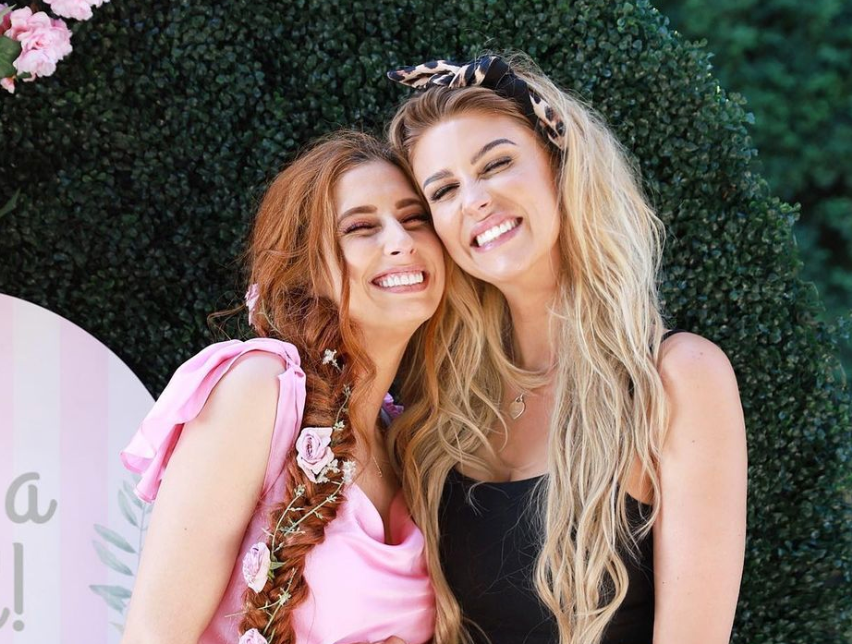 END_OF_DOCUMENT_TOKEN_TO_BE_REPLACED

“We ate it sat outside an old random pub together on our own in the dark. I bl**dy loved it! Stacey Solomon was the most beautiful bride, we love you xx”.

Stacey married her long-term partner Joe Swash in an intimate ceremony at their home Pickle Cottage in Essex.

Their nearest and dearest friends joined them for the emotional celebration on July 24th.

Joe and Stacey decided against going on a honeymoon and explained that they wanted to stay at home and spend quality time with their children instead.

Stacey recently revealed that they were on their 'homeymoon' at Pickle Cottage.

popular
HSE issues advice for parents if their child starts choking
Shock after baby is discovered alone in pram late at night in Dublin
Woman shocked after spotting her dead husband in promo video for restaurant
Andrew McGinley honours his children on their third anniversary
Blake Lively to star in film adaption of It Ends With Us
S Club 7's Hannah Spearritt and children left homeless after being forced from home before Christmas
Shows like Bluey and Peppa Pig are actually bad for kids, expert warns
You may also like
4 months ago
Gigi Hadid's dad addresses those Leonardo DiCaprio dating rumours
4 months ago
Leonardo DiCaprio and Camila Morrone have broken up
5 months ago
Vogue Williams faces backlash after admitting she only wears clothes once
5 months ago
Gilmore Girls star Alexis Bledel splits from husband of 8 years
6 months ago
Victoria Beckham reveals why she is 'terrified' of Harper using social media
8 months ago
Actress Michelle Williams is pregnant with her third baby
Next Page