Politicians in the UK are to hold an emergency debate on the future of abortion law in Northern Ireland.

The debate, which will take place today, was called by MP Stella Creasy who said that the effects of Ireland's referendum on the eighth amendment had been "felt around the world."

She added that Ireland's landslide 'Yes' victory had "thrown a spotlight on the situation in Northern Ireland" and that the country's abortion laws needed to be addressed.

Northern Ireland is the only country in the UK that still has a ban on abortion.

That'll be a yes, then. 🙋🙋🙋🙋🙋🙋🙋🙋
Watch what happened when Commons Speaker John Bercow asked MPs whether they supported @stellacreasy's call for an emergency debate on the abortion law in Northern Ireland.
Read more here: https://t.co/jFxFfx6GSg pic.twitter.com/malB2EgO3r

The 1861 Offences Against the Person Act (OAPA) makes it a criminal offence to procure a termination in Northern Ireland. England, Scotland, and Wales have long been exempt from the law.

Creasy said that by repealing the law, the government will show  "... women across the UK we trust them all with their own healthcare."

"It puts abortion in the same category as homicide, destroying or damaging a building with the use of gunpowder, child stealing, rape or defilement of women." 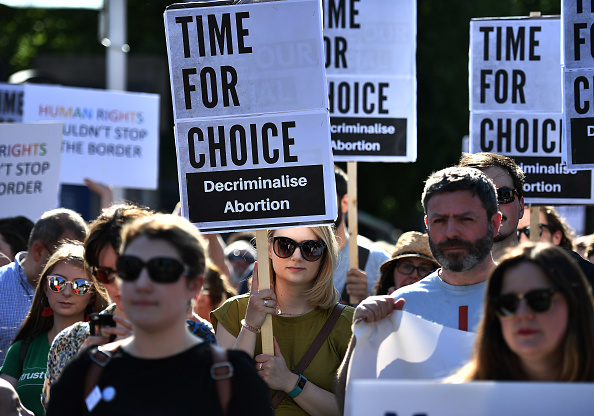 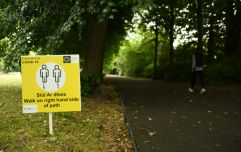 END_OF_DOCUMENT_TOKEN_TO_BE_REPLACED

British prime minister Theresa May had previously stated that abortion law in Northern Ireland was an issue for the Stormont Assembly to deal with.

She recently met with MPs in support of changing the country's law, but has resisted any repeal of the law to come from the House of Commons.

Following this, a statement was released from Downing Street reading:

"We recognise there are strongly-held views on all sides of the debate in Northern Ireland and that's why our focus is on restoring that democratically accountable, devolved government."


popular
You can enjoy a private Family visit to Santa at Airfield Estate this Christmas
Paloma Faith announces that she is pregnant after long IVF journey
The must-have decor buy for your baby's nursery is back in stock – and it's only €28
5 great pumpkin patches around Ireland to bring the kids to this month
Holly Willoughby's advice for preventing head lice is worth trying (if you haven't already)
Royal baby announcement: Princess Eugenie of York is pregnant with her first child
This Family Travels: our family's trip to Monaghan

You may also like
4 days ago
"I was petrified and wanted a hand to hold:" Irish women call for the ease of maternity restrictions
5 days ago
Socially distant Santa: There is a drive-in Santa experience happening in Dublin this festive season
6 days ago
Take part in HB Ice Cream Sunday tomorrow – in support of Down Syndrome Ireland
1 week ago
"Many will be upset..." Dublin to move to Level 3 from midnight, Taoiseach confirms
1 week ago
Covid-19: Dublin likely to move to Level 3 restrictions before this weekend
1 week ago
Irish casting agency have put out a casting call for male babies and toddlers
Next Page