The American Psychological Association tracked hundreds of children from playschool through to secondary school and found that chronic or increasing levels of bullying were related to lower academic achievement, a dislike of school and low confidence by students in their own academic abilities.

The study, published today, found that bullying was more severe and frequent between the ages of four and fourteen and tended to taper off as students got older. However, twenty-four percent of children taking part in the study suffered chronic bullying throughout their school years, which was consistently related to lower academic achievement and less engagement in school. Professor of Psychology at Arizona State University, Gary Ladd, says the findings are disturbing,

"It's extremely disturbing how many children felt bullied at school. For teachers and parents, it's important to know that victimisation tends to decline as kids get older, but some children never stop suffering from bullying during their school years."

The research, which was published online, was part of a larger long-term study of children's social, psychological and academic adjustment in school. Professor Ladd says it is the first long-term study to track children for more than a decade and analyse connections between bullying and academic achievement. The study began in school districts in the US state of Illinois, but Ladd says the participating children were living in twenty-four states by the fifth year of the study,

"People moved and we had to track them down all over the country. We put people in cars or on planes to see these kids."

The study included annual surveys, teacher evaluations, and standardised reading and maths test scores. Children described their own experiences about bullying in questions that asked whether they had been hit, picked on or verbally abused by other kids. Professor Ladd says some children may be more sensitive to bullying, with one child who is shoved thinking it is bullying while another might think it is just playful, but parents and teachers shouldn't dismiss what may seem like minor bullying,

"Frequently, kids who are being victimised or abused by other kids don't want to talk about it. I worry most about sensitive kids who are not being taken seriously and who suffer in silence. They are being told that boys will be boys and girls will be girls and that this is just part of growing up."

The research, which began with 190 boys and 193 girls, found several different trajectories for children related to bullying. Children who suffered chronic levels of bullying during their school years (24 percent) had lower academic achievement, a greater dislike of school and less confidence in their academic abilities. Children who had experienced moderate bullying that increased later in their school years (18 percent) had findings similar to kids who were chronically bullied. However, children who suffered decreasing bullying (26 percent) showed fewer academic effects that were similar to youngsters who had experienced little or no bullying (32 percent), which revealed that some children could recover from bullying if it decreased. Boys were significantly more likely to suffer chronic or increasing bullying than girls.

"Some kids are able to escape victimisation, and it looks like their school engagement and achievement does tend to recover. That's a very hopeful message." 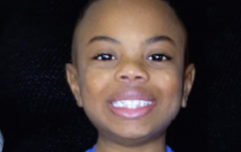 END_OF_DOCUMENT_TOKEN_TO_BE_REPLACED

The children from the study were followed into early adulthood, although researchers lost track of approximately one-quarter of the youngsters during the lengthy study.

Professor Ladd says that parents should ask their children if they are being bullied or excluded at school and that all schools should have anti-bullying programs,

"There has been a lot of consciousness raising and stories of children being bullied and committing suicide, and that has raised public concern. But more needs to be done to ensure that children aren't bullied, especially for kids who suffer in silence from chronic bullying throughout their school years."

Were you or your child affected by bullying? Let us know about your experience in the Facebook comments.


popular
Child killed in house explosion in London
Barry Keoghan announces the name of his baby boy
Kate Middleton ready to leave Kensington Palace 'prison'
Ashling Murphy had so much more to give, says heartbroken parents
4-year-old girl killed in Sligo caravan park named locally
This mum's post about dying to send her kids back to school is too funny
Planning your next getaway? Here are 6 fun family activities to try this summer
You may also like
3 months ago
6-year-old boy left "scarred for life" after bullies allegedly set him on fire in US
4 months ago
The Mothership: What to do if your child is being bullied
4 months ago
Teacher uses two apples to show her students the effects of bullying
8 months ago
France approves proposed law to criminalise school bullying which could see bullies jailed
9 months ago
Mum shocked to find hickeys on bullied 6-year-old's neck after school
10 months ago
Mum sparks debate after banning her son's bully from birthday party- was she wrong?
Next Page