The annual visit to see Santa is a part of the Christmas festivities for most families with young children. For kids with special needs however, it isn't always so straightforward.

That's why Erin Deeley was thrilled to discover an initiative called Caring Santa, which this year allowed her little boy Brayden, who has autism, to meet the man of the moment... on his own terms. 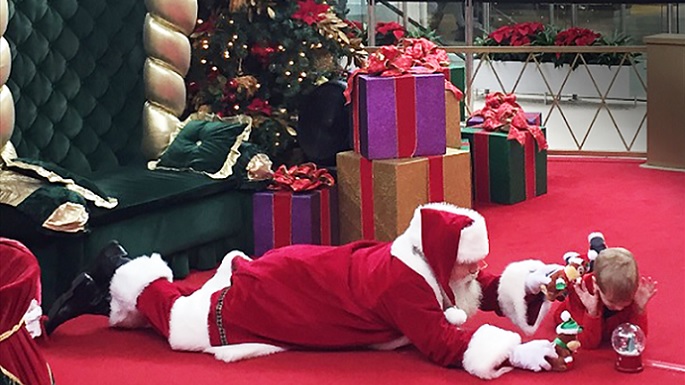 Sponsored by Autism Speaks, Caring Santa will be making an appearance in 120 shopping malls across the United States this year so that all children have ample opportunity to get their requests in before Christmas Eve.

The delighted mum reports: 'Brayden was shy and inched his way over slowly and then Santa just slowly gets out of his seat and gets on the ground and starts playing with the toys that my son brought,’ 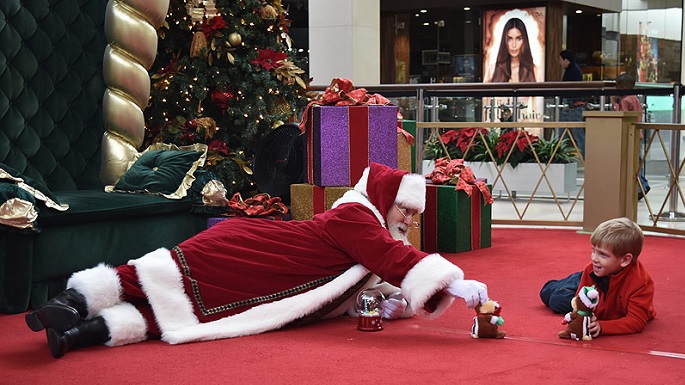 The gentle interaction allowed Erin to take out her camera and capture some special shots, something which meant a lot to her:

‘Oh my gosh, to be able to do something that other families do… normally a lot of things are harder for us as a family and we got to do the same tradition as everyone else, we just do it on the floor,’ she added.

The photos of Brayden meeting Santa have since been shared more than 22,000 times, with countless other parents adding their stories to the thread.

Jennifer Hall Sparks added: 'Our Santa sat on the floor as well!' 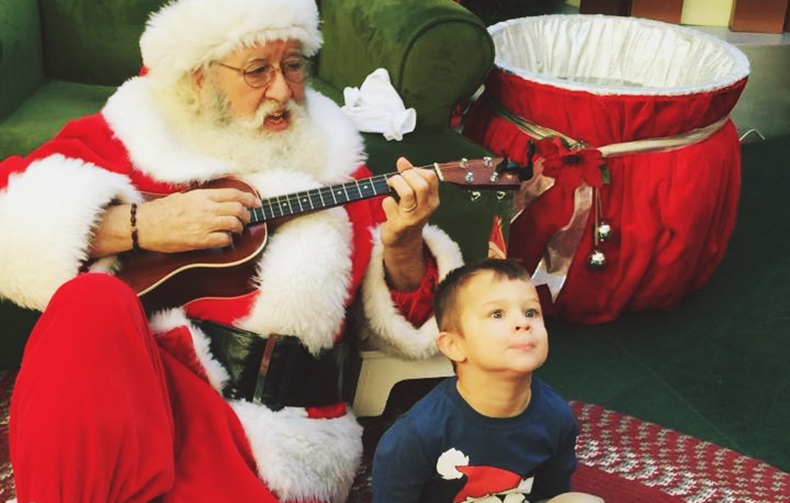 While Brianna Barber said: "Our Santa all the way over here in Perth, Australia saw my son with autism on his little gadget and we got this fantastic shot! Yay for autism awareness!!!" 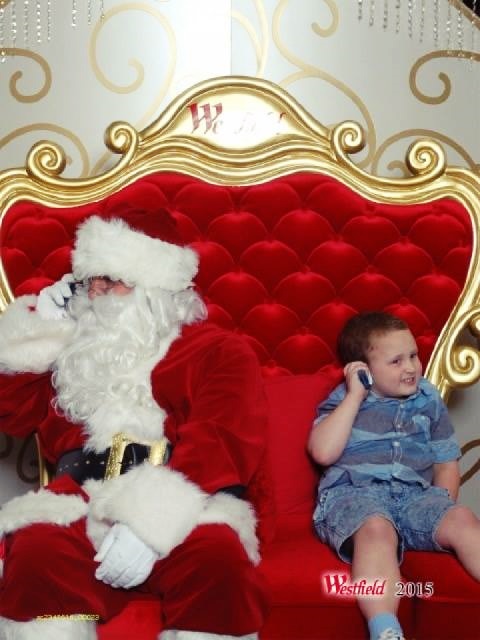 Have you met a particularly accommodating Santa here in Ireland? Do let us know so we can spread the word to other parents on Twitter @HerFamilydotie.


popular
Opinion: All schools should have generic school uniforms
Five teenage girls rushed to hospital after crash in Kilkenny
You can now choose who can and can't see you're online on WhatsApp
Richie Sadlier and wife Fiona expecting baby after being told they couldn't conceive
Here's where you can get the best deals on all your Back to School essentials
Shows like Bluey and Peppa Pig are actually bad for kids, expert warns
Baby twins die in hot car after dad forgets to drop them to creche
You may also like
7 months ago
According to tradition, your Christmas tree should stay put until after THIS date
7 months ago
Cheers! 3 delicious ways to pimp your Prosecco for New Year's Eve
7 months ago
Mum seeks advice after her son catches her with his gifts from Santa
7 months ago
3 candle hacks to ensure a gorgeous scent in your home for Christmas
7 months ago
How to make the perfect leftover turkey sandwich, according to science
7 months ago
Here are all the big movies on TV on Christmas Day
Next Page