Cause of death of family who mysteriously died while hiking revealed

"They will remain with us wherever we are and whatever we do."

The cause of death of a young family found dead on a Californian hiking trail has been established.

John Gerrish, his wife, Ellen Chung, their 1-year-old daughter, Miju, and their dog, Oski, were all found dead on a trail in Sierra National Forest on August 17.

A family friend had reported them missing after they went hiking. Their bodies were tragically found just 1.6 miles away from their car.

Officials have now concluded their deaths were caused by hyperthermia and possible dehydration. Hyperthermia occurs when the body's heat regulation system can't handle the heat of your environment. 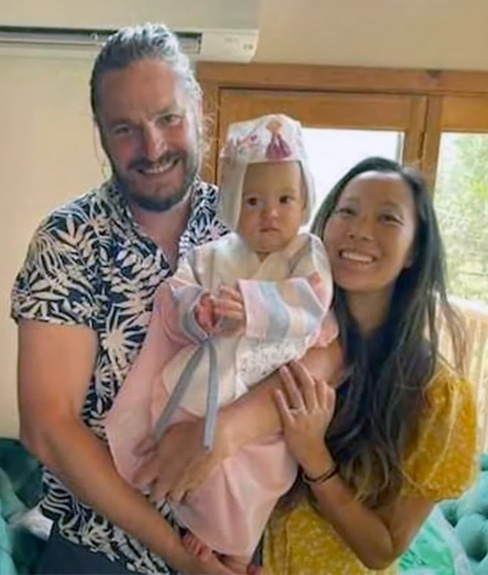 Authorities said the family had been carrying a water container that could hold less than 3/4 of a gallon. When the family were found, this was empty.

Mariposa County Sheriff’s investigators worked with toxicologists, environmental specialists, the FBI and other experts in order to try establish the cause of death.

END_OF_DOCUMENT_TOKEN_TO_BE_REPLACED

A weapon, a lightning strike, carbon monoxide, carbon dioxide, cyanide exposure, prescribed or illegal drugs, alcohol, suicide and poisoning from a nearby river's high levels of toxic algae had all been ruled out.

Gerrish, originally from the UK, met Chung in San Francisco. The couple had moved to Mariposa to raise their daughter.

A statement from the couple's family said: "The loss of a close relative is pain almost beyond words. When that loss is multiplied by four, and one of those losses is a baby, that pain is indescribable."

They also stated that "the lack of knowledge and certainty as reasons for the death" led them to wonder about the circumstances of the death for "all of the days and all of the nights."

"Our hearts will never forget the beautiful lives of John, Ellen, Miju and of course, Oski," the statement finished. "They will remain with us wherever we are and whatever we do."