CervicalCheck now has a backlog of 78,000 smear tests.

It is estimated that the CervicalCheck scandal, in which over 200 women were given false negative results, led to an additional 9,000 women opting for a free smear.

In some cases, patients are now waiting up to 27 weeks for the results of their test.

The average wait time is about three months.

This comes after 6,000 women were asked to have repeat smear tests due to a confusion between CervicalCheck and laboratories.

Many of the samples were rendered invalid because they had not been tested by laboratories within a 30 day time period. 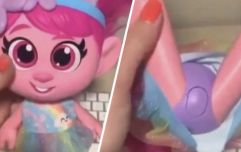 END_OF_DOCUMENT_TOKEN_TO_BE_REPLACED

This confusion was a separate issue to the enormous backlog of samples due the introduction of a free smear test last year, following the CervicalCheck scandal.

Many of the women went on to develop cervical cancer in the years following their tests with some others, including Orla Church, passing away recently.

Others including Vicky Phelan have campaigned extensively to shed light on the scandal.

The HSE is due to give an update on the backlog issue at an Oireachtas Committee this morning.


popular
Can you pronouce these 7 'unique' baby names? They're trickier than you think
Girl power! 11 feminist baby girl names inspired by kick-ass women
Irish hair guru Andrew Fitzsimons releases styling-tools range at Penneys
These 5 Foods Could Increase Your Chances of Having Twins
Lockdown with the kids: 8 thoughts every mum has had during isolation
5 easy indoor crafts for toddlers that won't make too much of a mess
I'm A Celebrity, Get Me Out Of Here moves to ruined castle in UK this year
You may also like
1 day ago
First born? Then you are probably slightly smarter than your siblings
3 days ago
Gardaí seeking the public's help in finding teen missing since last week
1 week ago
Ronan Keating gushes over wife Storm and shares adorable snap of baby Coco
1 week ago
Government announces €375m plan to reopen schools next month
1 week ago
Staycation scams: Warning issued for home holiday makers this summer
2 weeks ago
Where The Crawdads Sing is about to become a Hollywood movie – and it's all thanks to Reese Witherspoon
Next Page