The company behind the cystic fibrosis drug, Orkambi, says that it has been given the green light to treat children between the ages of six and 11.

Vertex had previously been licensed for CF patients over the age of 12 but can now be used to treat children as young as six.

After ongoing calls from parents of CF children, the HSE finally agreed to make Orkambi available to the younger age group after negotiating an agreeable price with the pharmaceutical firm. 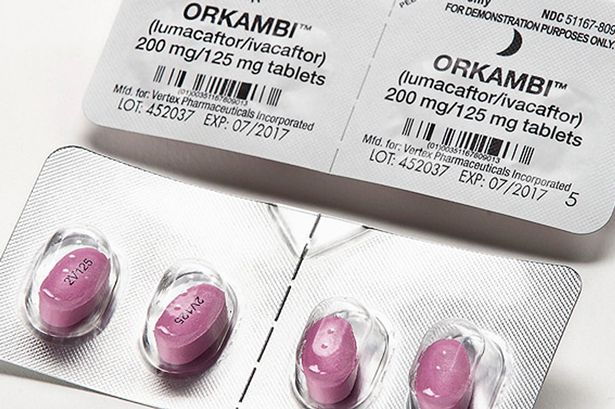 Vertex now says they are committed to ensuring the drug will become available to all children who need it.

“The innovative long-term agreements we have reached in countries like Ireland will enable eligible children to have rapid access to Orkambi,” senior vice president and international general manager Simon Bedson said of the move.

“Where these agreements are not in place, Vertex is committed to working with local authorities so those who could benefit from this medicine are able to do so as quickly as possible.”

In Ireland, the chronic disease affects around 1,200 people with around 45 percent of them being under the age of 18.


popular
Answer our short survey for a chance to WIN a stay for two at the Dingle Skellig Hotel in Kerry
Italian children don't have bedtimes and it could actually be a good thing
The super-easy DIY remedy that will smooth and soften your dry, cracked feet
Staycation: My 10 tried and tested mum-hacks for better beach days with kids
These 5 Foods Could Increase Your Chances of Having Twins
4 ways to fix hard slime with ingredients you probably already have at home
Can you pronouce these 7 'unique' baby names? They're trickier than you think
You may also like
3 days ago
Obesity crisis: One quarter of young people in Ireland are overweight study finds
2 weeks ago
The cost of childcare will 'definitively go up' according to creche owners
2 weeks ago
An Post launches competition, asking children to draw themselves as a character in their favourite story
1 month ago
This year's 'Shine a Light' on homelessness initiative is asking us all to sleep outside ONE night
1 month ago
BREAKING: Penneys confirm they WILL reopen ALL stores across Ireland within a week
2 months ago
Gardaí appeals to parents not to leave children in their car while doing the shopping
Next Page