Some men say they’re discriminated against… this is their conference

In what could possibly be a first for Ireland a conference has been arranged on the theme of a satirical imaginary concept.

Misandry, for those not in the know, is defined as the "dislike of, contempt for, or ingrained prejudice against men".

Not many people would object to any kind of conference that furthers social causes or seeks to make life better for others however unfortunately for the conference organisers misandry is about as real as "reverse racism".

Sure there are some women who don't like men (and some men who don't like men) but men are not oppressed, dehumanised and subjugated in a systematic way by society and the State. It is impossible to have an "ingrained prejudice" against men when we live in a world made by men for men.

In a patriarchal society, the idea of men who are oppressed by virtue of their gender could never be anything but a joke.

The Twitter timeline of Men's Voices Ireland reveals a piece that declares lesbian women are more likely to beat and sexually abuse women than heterosexual men, a post suggesting women who withhold access to children and whose ex-partners take their own lives should be arrested for manslaughter and a slew of MRA (men's rights activist) type posts.

Michael Kimmel is one of the world's leading experts on men and masculinities. Kimmel says, 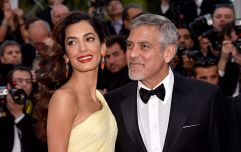 END_OF_DOCUMENT_TOKEN_TO_BE_REPLACED

Professor of Sociology and author Linda Connolly has taught gender and family sociology courses in Ireland for 20 years.  Her speciality areas are on the crisis in masculinity literature and pro-feminist masculinities literature.  Professor Connolly suggests that a misguided belief in misandry can be harmful to the actual issues that do negatively affect men's lives.

Sexism has a large part to play in the continuing myth of misandry Professor Connolly says,

"It is a form of sexism and pathologising of women and feminism - that women who criticise patriarchy as a structured system of power in society are in fact merely driven by a psychological hatred of an entire group...It goes without saying it is perfectly possible to criticise patriarchy and be a good mother to sons (I have a lovely 13 year old boy + two girls) and be a feminist partner, sister, daughter, co worker etc to men."

Writer and social commentator @OireachtasRetort was one of many Twitter users who commented on the upcoming conference. He believes there is a link between the men's rights movement in Ireland and the broader alt right movement.

"Campaigning for ‘men’s rights’ in Ireland is a bit like saying we don’t get enough rain, but this isn't the first time we have seen such meetings here. Efforts to preserve male dominance have always been present of course, not least in the Irish Constitution itself but 'men's rights' activism of this sort incubates online and shares significant ideological overlap, personnel and tactical disregard for truth with alt-right and anti-choice movements."

"It appeals to a man's sense of entitlement and wounded pride. It offers simplistic answers and scapegoats for men unhappy with their own place in what is obviously still a man's world. They denounce the identity politics of others while fighting to protect their own."

"Highly misleading interpretations of mental health, domestic violence and childcare issues are twisted into campaigning causes, deliberately and stubbornly overlooking that is feminism more any other movement that has brought these issues to the fore. As such, the two or three people behind a website and couple of media accounts posing as ‘Men’s Voices Ireland’ would be better served listening to others before arranging conferences for themselves."

Professor Connolly says she finds the attack on feminism by Irish men to be bizarre, as Irish feminists are working towards a more equal and fair society for all.

"I think (hope) this group are a vocal minority and that there are many more pro feminist men. I would also say we should be open to any open discussion of masculinities given the challenges young men and boys can face but equating feminism with misandry is not a fruitful way forward."

Perhaps there are a couple of women in Ireland who really do have a passionate hatred towards men, it remains to be seen however if these women have the power to oppress and subjugate the men of Ireland to the extent that they warrant a whole conference in their honour.


popular
Baby twins die in hot car after dad forgets to drop them to creche
Eamon Ryan's mother dies suddenly in tragic accident
Parents shocked over their daughter's demanding tooth fairy letter
Saoirse Ruane's mum shares hopeful update after she gets her first blade
Andrew McGinley is planning on divorcing Deirdre Morley
Charlotte Crosby reveals her labour will be shown on TV
Olivia Newton-John's daughter shares heartbreaking video filmed before her mum's death
You may also like
1 week ago
Planning your next getaway? Here are 6 fun family activities to try this summer
1 week ago
10 hotels and resorts in Ireland with great activities for teenagers
2 months ago
Irish Holocaust victims commemorated at unveiling of Stolpersteine stones
2 months ago
Dublin Airport passengers may need "proof" of arrival time to get refund
2 months ago
Sunshine and high temperatures forecast for bank holiday weekend
2 months ago
The Toy Show Musical looking for a young girl to star in lead role
Next Page