"The system is failing them."

Across Ireland, primary school teachers have raised the issue of lack of support for children with special or additional needs for years now.

In fact, according to the latest figures, children with additional needs are receiving an average of 21 percent fewer hours of specialised learning support now than they were 15 years ago, prompting many parents and teachers to feel that these pupils are being 'failed by the Government'.

A new survey by the National Principals' Forum set out to compare the number of hours that schools would have been afforded in 2007 when the National Council for Special Education (NCSE) used a different algorithm for calculating hours to the number of hours schools receive this year using the 'SET Allocation Model' which was designed to be a “better and more equitable way”.

It comes as the most recent allocations for Special Needs Assistants (SNAs) were frozen for the third year in a row.

And what the survey found, was that 84 percent of principals reported an increase in pupils with additional needs in the past four years. 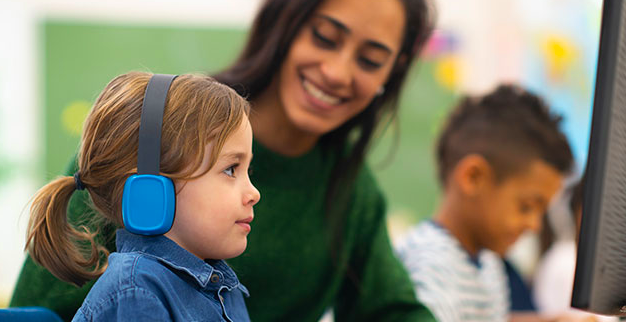 It also found that eight out of 10 principals recommend that the NCSE requires a full review with a new child-centred system of allocating resources which would ensure that every child with additional needs receives the support they need in the most appropriate setting.

“Unfortunately, these figures will come as no surprise to school leaders and families of children with additional needs. This is the first time that there has been a widespread effort to calculate exactly how bad the situation is and it is the same right across the country."

Lewis also states that despite the government's constant spin, the new findings make it extremely clear that the claim from the Minister for Education of 'being on the side of children with additional needs' is 'a hollow one.'

Recently, the Department of Education announced 1,100 new SNA posts for schools across the country, but the National Principals' Forum, which has more than 1,200 members, said the department's own data shows that fewer than 100 primary schools have received extra mainstream hours with less than 500 posts allocated nationwide, the majority in new Special Classes.

The forum also said that only 8 percent of schools that appeal are successful.

The survey also suggested that the principals believe that students should have access to support for whatever needs are recommended by an educational psychologist and that the current system of “frontloading supports” does not take the needs of the individual children into consideration.

The Frontloading Model of Special Needs Assistants looks to assign a number of SNAs per school based on an algorithm, but just 9 percent of principals surveyed last year said they believed the model is a good idea.

"Algorithms do not work where real people are affected," Lewis reveals.

"If positive change is to happen, school principals need to be part of the decision-making progress. Until then, the children of Ireland are losing out and the role of the principal in primary schools will continue to become untenable.”

popular
It looks like Ireland could get a white Christmas this December
Today FM's Paula MacSweeney welcomes baby boy
Has Molly Mae Hague accidentally revealed her baby's gender?
Here are the baby name trends set to dominate 2023
These baby girl names were used only five times last year
Inbetweeners co-stars Joe Thomas and Hannah Tointon welcome their first child
Kelly Osbourne responds to backlash over deciding not to breastfeed
You may also like
6 days ago
Tayto Park has been renamed Emerald Park
1 week ago
Why Cuba's redefinition of the family is so significant
1 week ago
Extra child benefit, IVF and free GP care: Key takeaways from Budget 2023
1 week ago
Son sues parents for throwing out his porn collection... and wins
1 week ago
Budget 2023: Parents will not have to pay for primary school books from next year
1 week ago
Hilaria and Alec Baldwin welcome baby #7 together: 'We are overjoyed'
Next Page