Christine McGuinness reveals that she has been confirmed as autistic

Earlier this year, TV Presenter Paddy McGuinness and his wife Christine revealed that they would be making a documentary about their family life.

Paddy and Christine said they wanted to show the world their day to day life, parenting their three children who have all been confirmed as autistic.

Now Christine has revealed that she has also been confirmed as autistic.

Christine recently shared the news that she says is not that big of a shock;

"I have been confirmed as autistic. It’s strange, but I’ve noticed there are little hints throughout my life that I’m autistic and more like my children than I ever could have imagined.

My issues with food, my social ­struggles, how hard I find it to make friends and stay focused, and my indecisiveness. The way I float through life reminds me of how my eldest daughter Penelope is.

It all makes sense now. And as much as I’m not totally surprised, it’s still been emotional for me to accept, but it’s a relief as well." 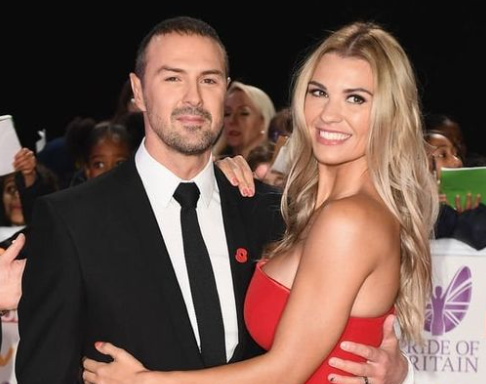 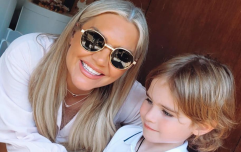 END_OF_DOCUMENT_TOKEN_TO_BE_REPLACED

Paddy and Christine have spoken openly on autism, both the challenges it may present but also the positive aspects of it too.

Christine's diagnosis may change how most people view adults with autism, as autistic people over the age of 18 are largely forgotten about.

She also proves that a lot of negative stereotypes about autistic people not being able to maintain relationships or create careers for themselves are not true.

As an autistic adult I think it is brilliant to see someone like Christine speaking proudly about her diagnosis and hopefully it will take away the stigma for a lot of other autistic adults.


popular
Midwife tragically dies in front of her children on flight
How soon is too soon to leave your new baby for the first time?
Maura Higgins reveals she was sexually assaulted by taxi driver in Ireland
Search underway in Ireland for missing 11-year-old Ukrainian girl
This mum's post about dying to send her kids back to school is too funny
Kourtney Kardashian slammed for putting son in danger during boat trip
Here's where you can get the best deals on all your Back to School essentials
You may also like
2 months ago
Families are facing "unprecedented barriers" in securing autism assessment in Ireland
3 months ago
Dad comes up with an easy way to help autistic children at parks and playgrounds
3 months ago
John Travolta pays touching tribute to late son on what would be his 30th birthday
4 months ago
UK mum claims autistic son's school placed him in isolation room without her knowledge
4 months ago
Keith Duffy "very proud" of autistic daughter Mia after fighting "hand over tooth" for support
4 months ago
Crystal Swing's Dervla says people still don't "understand" autism as she calls for more supports
Next Page