4-year-old Cleo Smith has been found "alive and well"

4-year-old Cleo Smith has been found "alive and well".

The 4-year-old girl has been missing since October 16th.

The toddler disappeared from her family's tent at the remote Blowholes campsite, north of Carnarvon in Western Australia's Gascoyne region in the early hours of the morning last month.

The young girl was found at a house in a house in Carnarvon, Western Australia. She was located shortly after 1 in the morning on Wednesday, November 3rd.

It is believed Cleo was locked in the house when police found her.

A man from the area has been arrested and is in custody.

She has been reunited with her parents.

Deputy Commissioner Col Blanch confirmed the news, "It's my privilege to announce that in the early hours of this morning, the Western Australia police force rescued Cleo Smith."

"Cleo is alive and well," he added. 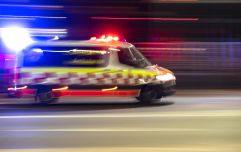 10-year-old boy stable after being struck by lightning

END_OF_DOCUMENT_TOKEN_TO_BE_REPLACED

Deputy Blanch said, "This is the outcome we all hoped and prayed for."

"Cleo Smith has been found and is home safe and sound. Our prayers answered."

He added, "Thank you to the many police officers involved in finding Cleo and supporting her family."

Cleo's mum shared a photo of her daughter on Instagram and simply wrote, "Our family is whole again."

"Every day is getting harder without my shining bright light," Ellie said.

"Today she's missed Halloween with her family — her cousins, aunties uncles nannas, and pop but most of all her parents and baby sister. She needs us and we need her."

This is the ending we all hoped for. We couldn't be more relieved to hear Cleo is back with her family again.

popular
Andrew McGinley honours his children on their third anniversary
Infant boy dies in tragic accident in West Cork
Expert says Cocomelon acts "as a drug" to kids' brains
Mum who lost baby after home birth claims maternity hospital failed to share medical details
Irish woman accuses Conor McGregor of kicking her in the stomach on his yacht
10 ways to totally tell you are living with a 'threenager'
Paris Hilton and Carter Reum welcome their first child together
You may also like
1 day ago
Fundraiser launched for dad who died trying to save daughter from drowning
6 days ago
Schoolboy charged after throwing brick through bus window and injuring baby
1 week ago
Food regulator chief compares harm of bringing cake into offices to passive smoking
1 week ago
Parents praised for leaving infant in Safe Haven Baby Box
2 weeks ago
Dr. Jill Biden has cancerous skin legions removed from face and chest
3 weeks ago
Teenage girl and woman found dead at property in Hampshire
Next Page