Your Coffee Habit Could Have A Devastating Effect On Your Fertility

You know how you feel like you are not even yourself until after you have the first cup of coffee of the day?

And how you need another one as soon as you get into the office? And then a latte to go with your afternoon break too, or when you get in from having done the school pick-up? Oh, we know, we are right there in coffee addict abyss with you.

The thing is, where you aware of just how bad drinking too much coffee really is for your fertility?

But it actually is. In fact, according to studies from research groups at Yale University School of Medicine and the National Institute of Environmental Health Sciences in the US, women consuming anything over 300 milligrams per day (which is the equivalent to about two 8-ounce cups of drip-brewed coffee, four 8-ounce cups of tea (hot or iced), nine caffeinated sodas, or 15 ounces of dark chocolate) have nearly three times the risk of not being able to conceive after one year of trying compared to women who avoid or drink very limited amounts of coffee.

Oh, and it gets worse.

According to Dermot O'Connor, acupuncturist and best-selling author of The Fertility Code, even a relatively small intake of caffeine can have a seriously negative effect on conception. 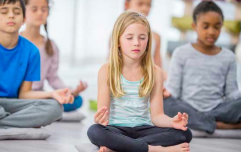 END_OF_DOCUMENT_TOKEN_TO_BE_REPLACED

In fact, in his book, O'Connor explains how once you've had three cups of coffee, it's the same as smoking 25 cigarettes a day in terms of toxic effects on the body. Y-ikes!

Ronald Gray, PhD, a professor in population and family planning at Johns Hopkins Bloomberg School of Public Health, recently explained to Babble why he recommends that in order to conceive quickly, women should reduce or eliminate caffeine consumption, and remember to count all of their caffeine sources (energy drinks, diet Coke, tea etc.) when figuring out how much you need to cut back.

A few years ago, Dr. Gray researched the question of caffeine and fertility. “What we found is that women who consume high amounts of caffeine daily take longer, on average, to get pregnant than women with low or no consumption,” he said.

Tell us, did YOU reduce your coffee consumption before trying to get pregnant? Did it work? Let us know in the comments or tweet us at: Herfamilydotie