A Cork doctor is currently being investigated by the General Medical Council in the UK for his controversial management of autism.

David O’Connell’s treatments include giving a prohibited and unproven ‘autism jab’ to children – charging their parents €650 (£550) for the service.

He runs a specialist clinic in the upmarket area of Chelsea in London.

Dr O’Connell was reported to the General Medical Council by Fiona O’Leary, an autism campaigner also from Cork.

I reported this QUACK to the General Medical Council!
Thank you @olivernmoody @thetimes https://t.co/Ftz24uY1IW 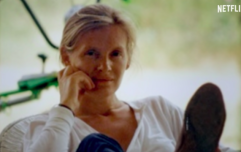 END_OF_DOCUMENT_TOKEN_TO_BE_REPLACED

“Among the treatments Dr O’Connell sells are injections of a hormone derived from pigs, which has been shown to be ineffective in more than a dozen clinical trials, and another unproven therapy that was blamed for the death of a British boy with autism in 2005,” reports Times.co.uk.

Ms O’Leary also told Mail Online she “was shocked and upset to see the treatments listed on” Dr O’Connell’s website.

popular
Breaking: Female child found with severe injuries in Co. Clare
Vaccine programme to roll out in primary schools
Fans defend Khloe Kardashian for posing in hospital bed with her newborn
School threatens to suspend pupils who don't follow "outdated" uniform rules
5 not-to-be-missed events and activities for kids taking place in Dublin this autumn
This episode of Peppa Pig is reportedly brainwashing kids
Shows like Bluey and Peppa Pig are actually bad for kids, expert warns
You may also like
3 weeks ago
Elderly couple killed in tragic Cork crash named locally
2 months ago
Things to do this weekend: Playful Pirate Culture Trail launched in Cork
2 months ago
19-year-old in critical condition after severe car accident in Cork
3 months ago
Netflix Announces New Irish Production "Bodkin" To Be Filmed in Cork
3 months ago
6 Incredible West Cork food experiences not to be missed
3 months ago
Tributes paid to mum-of-two who died in Cork river tragedy
Next Page