Cork mum Vera Twomey has embarked on a second 155 mile walk from Cork to Dublin in a bid to get Health Minister Simon Harris to allow her daughter access medicinal cannabis.

Vera's seven-year-old daughter Ava Barry has a drug-resistant form of epilepsy called Dravet Syndrome which can cause her to have up to twenty seizures a day. The heartbroken mum-of-four, from Aghabullogue, has led a high-profile campaign for legislation that will allow Ava to get a prescription for medicinal marijuana, which she says will reduce her daughter's seizures by ninety percent.

Speaking to HerFamily this morning Vera said that she is still awaiting a response from the Health Minister,

"I'm just outside Mitchelstown at the moment, it's very wet and miserable. We haven't heard anything from Simon Harris or the HSE.

I wouldn't be doing this if I didn't have to. I have four children and I've had to walk out on them. Ava is seven, Sophia is five, Michael is four, and my youngest Elvera-Mae is only two.

No mother should have to leave their family to get legislative change but there has been no justice for my child."

An emotional - and understandably frustrated - Vera told us that Ava's neurologist and medical team support the use of medicinal cannabis in such cases,

"We had a meeting with Ava's neurologist and they have said they will support us in any way they can.

I didn't embark on this on a whim. I didn't get this far and put my family through this to just give up.

I will keep going. I always say to the kids 'How often do you give up? Never...you never give up' and I have to lead by example and show them that I'm not giving up either."

Earlier this month Vera told HerFamily that Health Minister Simon Harris was stalling on a report on medicinal cannabis by the Health Products Regulatory Authority,

"The HPRA report on medicinal cannabis is on Harris's desk. It's been on his desk since the 31st of January.

My daughter doesn't have days or weeks or months to wait for him to release that report. Every time she has a seizure she could suffer brain damage from which she may not come back, she may lose the ability to walk, she could die.

Simon Harris is not ashamed because if he was he would have helped us long ago." 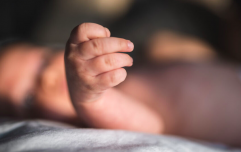 END_OF_DOCUMENT_TOKEN_TO_BE_REPLACED

Three weeks ago, Vera took part in a symposium on the case for medicinal cannabis in Ireland. The meeting, which was held in Dublin's Rotunda Hospital, included renowned speakers such as NUI Galway's Professor of pharmacology David Finn and child psychiatrist and health policy adviser Dr. Peadar O’Grady. Ms Twomey says that the medical community supports the use of medicinal cannabis in cases such as her daughter's,

"Many drugs have been tried and failed to treat her seizures. She is bright and wonderful when seizure free, but now with no options from our doctors Ava's alternative and chance to control her seizures is through medicinal marijuana - available legally in the United States Australia Brazil and more recently Columbia.

Patients are treated with a very safe medicinal marijuana with none of the associated highs of marijuana - this is because THC is removed or if necessary is only present in trace amounts.

Ava's extremely rare condition means frequent hospital stays and Vera understandably doesn’t want her treatment to involve travelling abroad. Writing on the online petition page that she started as part of her campaign and that now has over 28,000 signatories, Vera pleaded with the Irish Government,

"We want to access this treatment for Ava here in Ireland, we don't think our little girl should have to leave our own home and move to another country to be without all the major benefits a loving and caring family life that she has here provides."