Coronation Street have narrowed down the list of people who could be responsible for the Underworld factory roof collapse - and confirmed when the killer's identity will be revealed.

After weeks and weeks of speculation, the identity of the long-running soap's new super villain will be confirmed next week.

The news that a long-range 'super villain' would be emerging in Weatherfield was first announced in December. 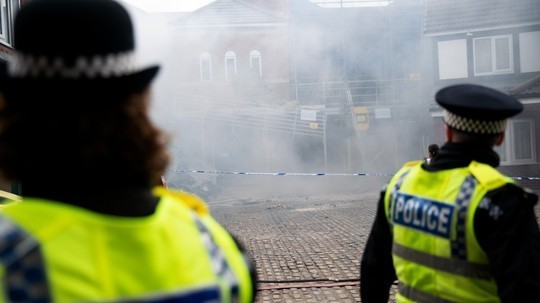 Showrunner Iain MacLeod revealed the roof of the Underworld knicker factory would collapse later in the year, claiming the life of one of a beloved resident of the cobbles.

Then, the six possible candidates as to who could have caused the roof to cave in were announced: Seb Franklin; Gary Windass; Carla Connor; Peter Barlow; Nick Tilsley and Robert Preston.

In March, the roof caved in and killed Rana Habeeb on her wedding day to Kate Connor - although the person responsible hasn't been revealed just yet.

Coronation Street announced earlier this month that they were going to be airing a week of 9pm episodes, which will kick off on May 27 and air right after Britain's Got Talent's live shows. 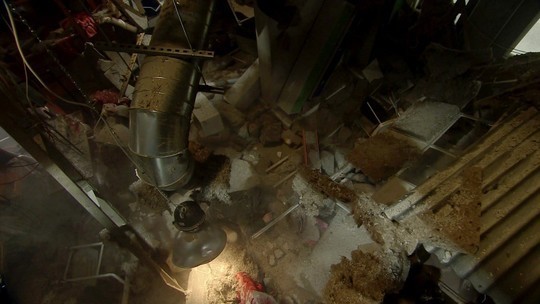 END_OF_DOCUMENT_TOKEN_TO_BE_REPLACED

In the lead up to the episodes, which are going to also focus on Carla Connor's mental health, the soap have narrowed down the list of suspects to just three characters: Robert Preston, Gary Windass and Nick Tilsley.

And it looks like viewers won't be waiting too much longer to find out the person responsible.

According to Digital Spy, the episode on Wednesday, May 29 will reveal who was the person that tampered with the factory roof.

Or, well, viewers will find out that day - the rest of the residents are going to be staying in the dark for a little bit.

"Following weeks of speculation, we are finally going to learn which local has blood on their hands.

"Viewers will learn the truth, although the rest of the Street still has a little way to go before they clock on.

"It's a story that is going to run and run, and the outcome is not going to be cut and dried."

You can check out the trailer for Coronation Street below.


popular
#MomLife: 7 things I wish I done more of when my children were babies
Staycation: 10 bargain buys to turn your back garden into a chic hotel patio
Apparently, women feel 'phantom' baby kicks even years after pregnancy
Kate and William are pretty strict about school nights when it comes to George and Charlotte
Body found in search for missing five-year-old boy in Co. Mayo
Breastfeeding and pumping: 5 tips to make it easier for yourself
Pregnant pause: Pre-labour can last days, here's 9 tips to help you through
You may also like
1 month ago
Here’s the line-up for the first virtual edition of The Graham Norton Show tonight
2 months ago
RTE are set to broadcast an hour of 'school on TV' everyday from Monday
3 months ago
Joanne Froggatt has ruled out a season three of Liar
3 months ago
Liar's Joanne Froggatt teases what fans can expect from season two
3 months ago
ITV's new crime drama Honour will be the TV show that everyone is talking about this year
3 months ago
There's a Golden Girls-themed cruise setting sail next year and we're packing our bags already
Next Page