Coronation Street are set to reveal that Tim Metcalfe has a secret wife.

According to The Sun, the storyline will kick off when Tim's father, Geoff, returns from Las Vegas with Yasmeen Nazir - and announces that they said 'I do' while they were away.

Tim suggests that they have a second ceremony back at home to make things official, and is left horrified when his father points out that Vegas wedding are, in fact, legal.

He ends up quietly confiding in Steve and Kevin that he had married an air hostess in Vegas a few years ago, thinking it was a joke - and so he never properly annulled their marriage.

Horrified by what has happened, Tim turns to Adam and Imran for some legal advice about his other marriage.

He manages to track down the air hostess and asks her for a divorce; to which she agrees to, as long as Tim pays for it. 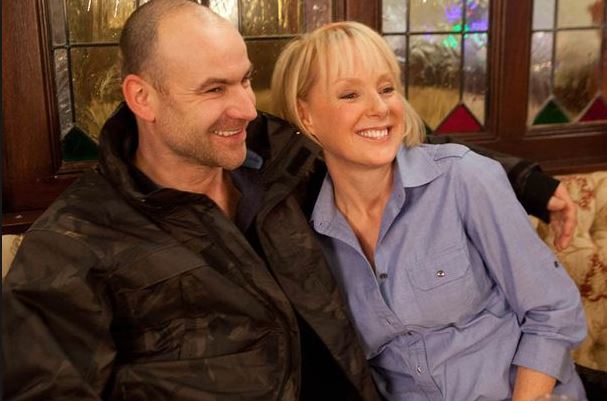 END_OF_DOCUMENT_TOKEN_TO_BE_REPLACED

Tim later proposes to Sally again, under the pretence of renewing their vows.

"This isn't Tim having an affair. He's just been on a lads' trip to Vegas 15 years ago and got into a bit of trouble, so it's not like he has been unloyal to Sally," Joe Duttine told Digital Spy.

"It's not even occurred to him until Geoff and Yasmeen return from Las Vegas and Tim realises that actually he got married in Vegas and it is real. It's not something that has bothered him until it's been brought to light."


popular
DIY: Here's how to transform your old trampoline into a super-cosy 'summer hideout'
Babies under six months should not have any water at all – one single sip could be harmful
Vogue Williams and Spencer Matthews reveal their baby girl's name – and we love it
Answer our short survey for a chance to WIN a stay for two at the Dingle Skellig Hotel in Kerry
4 ways to fix hard slime with ingredients you probably already have at home
Staying safe: 5 critical safety rules your child should know before starting big school
11 seriously fun playgrounds in Dublin to bring the kids to this long weekend
You may also like
4 months ago
Corrie's Jack P. Shepherd shares throwback photos to celebrate 20 years on the soap
4 months ago
Real life Corrie couple Sally Carman and Joe Duttine have gotten engaged
4 months ago
Corrie's James Burrows has landed his first role after leaving the soap
4 months ago
'The hardest goodbye': Corrie's Lucy Fallon pays tribute to Bethany Platt as her final scenes air
4 months ago
Coronation Street's James Burrows shares details about Ali Neeson's exit storyline
5 months ago
Coronation Street's Samuel Robertson weighs in on Sarah and Adam's future
Next Page