The unlucky-in-love hairdresser has been dating Ali Neeson, but the pair are set to split next week after he makes a big mistake while babysitting her son Liam.

And show bosses have confirmed that sparks are going to fly between Maria and Gary Windass over the next few weeks - although Samia, who plays Maria, admitted she thinks the pairing "has trouble written all over it". 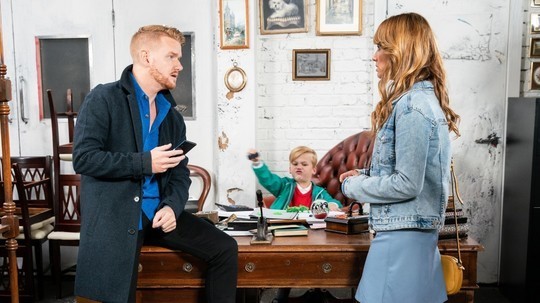 She said [via Digital Spy]:

"Gary is a bad lad. Maria doesn't know that though and thinks that they have a lot in common, both being single parents of boys of a similar age.

"They start with a nice friendship and there's a natural progression into a relationship, but Maria definitely doesn't know what she's getting herself into."

Monday night's dramatic double bill will see Maria and Ali split after he falls asleep while looking after Liam. But he ends up causing the smoke alarm to go off, as he left a pizza cooking in the oven.

She is furious with Ali for putting her young son in danger - and she's entirely unaware that he was drowsy due to his painkiller addiction. Instead of trying to work things out, Ali calls things off between them. 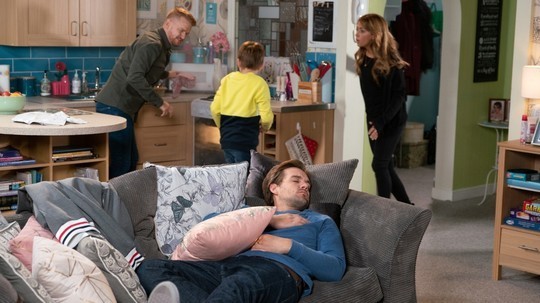 Samia said that "that day goes from one extreme to another", adding:

"It's awful because Maria entrusts Liam in Ali's care while she's at work and Liam is Maria's life.

"When he jeopardises that trust by falling asleep, and the fire alarms start sounding, it's Gary who runs to the rescue. She finds herself in a situation where she can't stay with him.

"She's completely oblivious at this point that he's taking drugs and is severely disappointed in him. Later that episode, Ali realises that he's done wrong and feels bad for lying to her.

"Rather than telling the truth he just ends the relationship. None of it makes any sense to her, given he'd just confessed his love for her."


popular
11 little things that mean the absolute world to your kids
Better sleep: 5 things you need to ban from your bedroom according to an organisational expert
BREAKING: Penneys confirm they WILL reopen ALL stores across Ireland within a week
The Best Kid-Friendly Swaps For Popular Swear Words
Our favourite Irish online beauty shop is running an amazing charity initiative this weekend
10 beautiful baby girl names from the 1900s that are making a comeback
Apparently, here are 10 baby names set to be extremely popular in 2020
You may also like
2 months ago
Corrie's Jack P. Shepherd shares throwback photos to celebrate 20 years on the soap
2 months ago
Real life Corrie couple Sally Carman and Joe Duttine have gotten engaged
3 months ago
Corrie's James Burrows has landed his first role after leaving the soap
3 months ago
'The hardest goodbye': Corrie's Lucy Fallon pays tribute to Bethany Platt as her final scenes air
3 months ago
Coronation Street's James Burrows shares details about Ali Neeson's exit storyline
3 months ago
Coronation Street's Samuel Robertson weighs in on Sarah and Adam's future
Next Page