There'll be a teen pregnancy bombshell for Steve and Tracy in the new year as their daughter Amy announces that she's expecting a baby.

The 14-year-old will discover that she's pregnant in a few months, sending her parents into a state of panic as they try to decide what to do.

Tracy and Steve will seemingly try to convince Amy to have an abortion, telling her that she's too young to be a mother, but reports suggest that the teenager will decide to continue with the pregnancy.

According to Digital Spy, Amy initially agrees to terminate the pregnancy, agreeing that she isn't ready to be a parent.

However, after awhile, she changes her mind and tells Tracy and Steve that she wants to keep the baby. 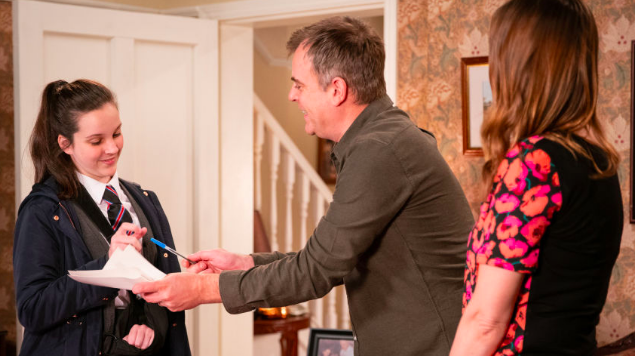 This comes as Amy found herself as the centre of her parents' fighting due to Steve's inability to remain faithful and Tracy's thirst for revenge. 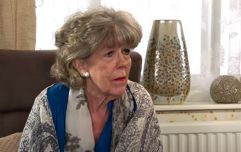 END_OF_DOCUMENT_TOKEN_TO_BE_REPLACED

The 14-year-old recently made the pair sign a contract, making them promise that they would stop fighting for their own good - and hers.

Amy's teen pregnancy storyline has yet to be confirmed by ITV, but the young Barlow girl has become a more prominent character in the soap over the past few months, so it wouldn't be entirely outside of the realm of possibility for her to be the centre of an upcoming bombshell storyline.

Only time will tell, we guess.

popular
Kelly Clarkson admitted she spanks her children if they misbehave
Today FM's Paula MacSweeney welcomes baby boy
Hilary Swank, 48, reveals she is pregnant with twins
Kelly Osbourne responds to backlash over deciding not to breastfeed
It looks like Ireland could get a white Christmas this December
Lush to open its biggest Irish store this winter
Rebekah Vardy asks Coleen Rooney to give legal fees to charity
You may also like
5 months ago
Coronation Street star Brooke Vincent announces engagement
6 months ago
Four major exits for Coronation Street expected in coming weeks
1 year ago
Coronation Street's Eileen Derbyshire's husband passes away following Alzheimer's battle
2 years ago
Corrie hit with Ofcom complaints after face masks removed in hospital scene
2 years ago
Coronation Street's Samuel Robertson weighs in on Sarah and Adam's future
2 years ago
Corrie's Steve McDonald's heartache as Tracy reveals she cheated on him with Paula
Next Page