Corrie star pulls out of I'm A Celebrity, Get Me Out Of Here! due to heartbreak

Faye Brookes has pulled out of I'm A Celebrity, Get Me Out of Here! due to heartbreak.

The Coronation Street actor was one of many tipped to be heading Down Under for the ITV reality show next month, however she has since pulled out due to a breakup.

The Sun reports that Brookes was supposed to take part in the upcoming series of the show, but that she recently dropped out due to her split.

The couple apparently parted ways due to Gates' controlling behaviour when he wouldn't allow her to spend time with her cast mates without him.

A spokesperson for Gates told the publication that he and Brookes didn't wish to disclose the reason behind their split.

"Faye and Gareth remain the best of friends and hopefully after some time apart they’ll be clearer on what the future holds for them," they said.

To Those Days at the Zoo🐍🐪 #tbt @bbcone #ourzoo #frankie @bigtalk 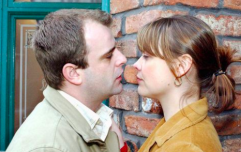 END_OF_DOCUMENT_TOKEN_TO_BE_REPLACED

Brookes wan't the only Corrie star hoping to bag a spot in the jungle though, with Shayne Ward and Katie McGlynn also seemingly holding out for a ride in the bush.

Generally though, only one star from each soap enters the jungle each year, so Brookes' dropping out will most likely give the other two a better chance.