Some of the crew members are reported to have pushed back.

Netflix's The Crown has attracted some backlash over its alleged plans to depict the death of Princess Diana.

Diana passed away following a collision in Paris in 1997 after the car she was being driven in was pursued by paparazzi in the Post de l'Alma tunnel. She was 36 years old and her death sparked a period of national mourning.

The upcoming series will see Elizabeth Debicki as the Princess of Wales, while Dominic West will play Charles. The pair are taking over the roles from Emma Corrin and Josh O'Connor who depicted the royals in the last season.

Concerns about how The Crown would handle Diana's death have been looming for some time, but reports from sources on set have seen these worries mount.

According to The Irish Sun, the scenes are set to be "graphic'.

A source from the show said: "To be going back to Paris and turning Diana’s final days and hours into a drama feels very uncomfortable.

"Finally, some of the crew members are pushing back on the ideas being tabled. 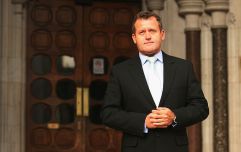 END_OF_DOCUMENT_TOKEN_TO_BE_REPLACED

"The show always tried to present a fictional version of royal history with as much sensitivity as possible."

They added that the cast and crew are struggling to strike a balance between historical accuracy and sensitivity and that some production members have been objecting to how some storylines are being handled.

"It feels as though a line is being crossed," the source said.

Netflix, however, has said that they will not show "the exact moment of the crash impact".

In the upcoming series, Imelda Staunton will take over the role of Queen Elizabeth II from Olivia Colman, while Jonathan Pryce will portray Prince Phillip, taking over from Tobias Menzies.

The fifth series will be released on Netflix on November 9th, 2022.

popular
Dunnes Stores launches stunning collection of Communion dresses
Siblings kidnapped in March 2022 have been found alive
Emma Pattison: Tributes paid following death of head teacher and her family
Time to book those holidays! Here's every Bank Holiday in Ireland in 2023
Head of dive squad searching for Nicola Bulley thinks 'something's not right'
Stacey Solomon hints at baby girl's name as due date nears
The simple, everyday habit that has a major impact on how your children do in school
You may also like
2 weeks ago
Kim Kardashian buys popular Princess Diana necklace for over £163,800
1 month ago
Prince Harry reveals he asked a driver to replicate the route Diana took before her death
3 months ago
Princess Diana fashion searches surge ahead of new season of The Crown
3 months ago
Watch: The trailer for season 5 of The Crown is finally here
5 months ago
Everyone will be talking about this new Princess Diana documentary
6 months ago
The trailer for HBO's Princess Diana documentary is here
Next Page