Cystic Fibrosis Ireland have vowed to fight the HSE's decision to turn down the ground-breaking CF drug Orkambi and have called for Health Minister Simon Harris to intervene.

Cystic Fibrosis Ireland, Ireland's national charity supporting people with CF, have expressed their dismay and opposition to the news - leaked yesterday to a Sunday newspaper - that the Health Service Executive will not fund Orkambi, the ground-breaking drug for CF.

"We will fight this decision and we call on the Minister for Health, Simon Harris TD, to use his Ministerial powers to intervene to ensure that Orkambi is made available in Ireland for the 550 patients who stand to benefit from this life-lengthening drug.

It is rare that a therapy comes along that has been shown to reduce hospitalisations by up to 40 per cent and further it significantly retards the progression of cystic fibrosis for those who stand to benefit from this drug. This drug would have resulted in other major savings to the HSE from both reduced hospitalisation and less reliance on other expensive CF drugs and reduced dependency on transplants."

With around 1,200 people with cystic fibrosis, Ireland has the highest rate of the disease per head of population in the world. We also have some of the most severe forms of cystic fibrosis. Mr. Watt explained the importance of the drug and expressed anger at the media leak:

"The long-term benefits of Orkambi have been confirmed by Professor Stuart Elborn, formerly of the City Hospital Belfast and now the lead CF clinician in the Brompton Hospital London. The data confirming the impact of Orkambi was presented at the North American CF Conference in October 2016.

Cystic Fibrosis Ireland is angry at the cynical way the HSE has conveyed this information to our patients, some of whom are very ill. The decision was leaked to a Sunday newspaper even before the Minister was informed, never mind patients. It’s a disgraceful and heartless form of communication."

In a letter written to the Health Minister yesterday (November 27th), Mr. Watt states that many families are devastated by the news to refuse funding of the Orkambi drug:

"We take this opportunity to ask for a meeting with you as soon as possible to appeal this decision and to explore if there are grounds in your letter  that this is not the the end of the process. The HSE have been very disrespectful in the way that this has been conveyed to our patients through an apparently cynical leak to a Sunday newspaper at a very late hour and we have had scores of phone calls, texts and messages this morning from very upset parents and people with CF who share our sense of anger.

I would request that immediate action is taken on this heartless method of communicating potentially life altering information to patients in this country, some of whom are extremely ill. We ask again that you use your powers as Minister to expedite the reimbursement of Orkambi as soon as possible as we know you have the powers to do so." 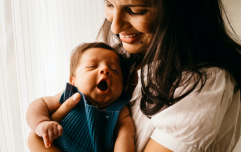 Lockdown babies: New parents to get three extra weeks leave each due to pandemic

END_OF_DOCUMENT_TOKEN_TO_BE_REPLACED

In his reply, Minister Harris said he would like to assure CF patients and their families that he "does not see this as the end of the process."

Last week, Linda and Ronan Whitmarsh, parents of Finn who has CF, were featured on TV3's Pat Kenny Tonight.

The programme featured an awareness video from the Yes to Orkambi campaign and also featured parents of children with CF in the audience who pleaded with the government to approve Orkambi as soon as possible.


popular
Answer our short survey for a chance to WIN a stay for two at the Dingle Skellig Hotel in Kerry
Italian children don't have bedtimes and it could actually be a good thing
Staycation: My 10 tried and tested mum-hacks for better beach days with kids
The super-easy DIY remedy that will smooth and soften your dry, cracked feet
Can you pronouce these 7 'unique' baby names? They're trickier than you think
The €29 kitchen gadget that is about to make your mornings 100 percent easier
Rupert Young, twin brother of Will Young, passes away, aged 41
You may also like
3 days ago
Obesity crisis: One quarter of young people in Ireland are overweight study finds
2 weeks ago
The cost of childcare will 'definitively go up' according to creche owners
2 weeks ago
An Post launches competition, asking children to draw themselves as a character in their favourite story
1 month ago
This year's 'Shine a Light' on homelessness initiative is asking us all to sleep outside ONE night
1 month ago
BREAKING: Penneys confirm they WILL reopen ALL stores across Ireland within a week
2 months ago
Gardaí appeals to parents not to leave children in their car while doing the shopping
Next Page