"The reasons behind a reluctance to breastfeed in our society are rooted in cultural choices across generations."

The Dáil is to make moves to become a more 'breastfeeding-friendly' workplace.

The Oireachtas is to develop a policy to allow staff members to breastfeed inside the Dáil and the Seanad, reports the Irish Times.

The issue was raised at a Dáil committee on procedures last week by TD for Kildare North Catherine Murphy.

Deputy Murphy, who is also deputy leader of the Green Party, appealed for support for her proposal from her fellow representatives.

"Given the restrictions on non-members entering the Seanad or the Dáil, I believe that the Oireachtas should have a policy in place to assure any woman TD or Senator that she can breastfeed in the chamber," she wrote in a letter. 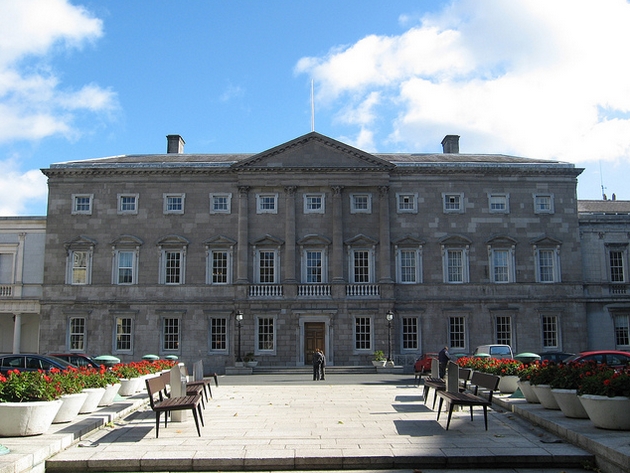 "The reasons behind a reluctance to breastfeed in our society are rooted in cultural choices across generations."

New parents are being "thrown out" of hospital far too early

END_OF_DOCUMENT_TOKEN_TO_BE_REPLACED

An Oireachtas spokesperson told the Irish Independent recently that breastfeeding is not banned in the chambers.

"We have no policy on breastfeeding in the chambers as it has never arisen as an issue, but as it stands, only elected members and officials are allowed in the chamber."

Speaking at the meeting of procedures committee, Ceann Comhairle Seán Ó Fearghaíl said he would be open to creating a specific room in the chambers for breastfeeding if necessary.

popular
'Don't do it if you are a parent' – paediatrician warns against viral organising hack
6 unusual and unique family-friendly activities to try in Ireland's Hidden Heartlands this autumn
Here's when Florence Pugh's new Irish film lands on Netflix
How to talk to kids about disabilities – and why you should
Five children rescued from van in Cork as driver is arrested
Well it's official, children misbehave the most around this parent
Educating Yorkshire's Mushy has emotional reunion with teacher who helped with stammer
You may also like
1 month ago
Over 70% of new mums in Ireland regret ending their breastfeeding journeys too early
2 months ago
New bill calls for more support for breastfeeding mums returning to work
2 months ago
Love Island's Camilla Thurlow called 'classless' for breastfeeding baby in car
3 months ago
Opinion: The obsession with routines and sleep training for babies is weird – and stressful
3 months ago
Mum gets mixed reaction to photo of her drinking beer while breastfeeding
4 months ago
Not everyone breastfed before formula was invented, you know
Next Page