They cannot be named because they are minors.

Two male youths have been found guilty of a violent disorder at a Dublin DART station.

In April 2021, a group of teenagers were harassing young girls at the station.

CCTV footage shows the boys intimidating and assaulting the girl and her friends.

A young girl fell between the train and the platform after one member lunged at her with his bike.

Luckily, her friends and staff managed to help the girl up.

She may not have suffered severe injuries, but the young girl was extremely shaken and distressed.

It is believed that 10 to 15 youths were causing disruptions on the DART on the day of the incident.

Security ordered them off the train, but they continued to hang around the station.

Two teens have been found guilty of the incident.

They cannot be identified publicly because they are minors. 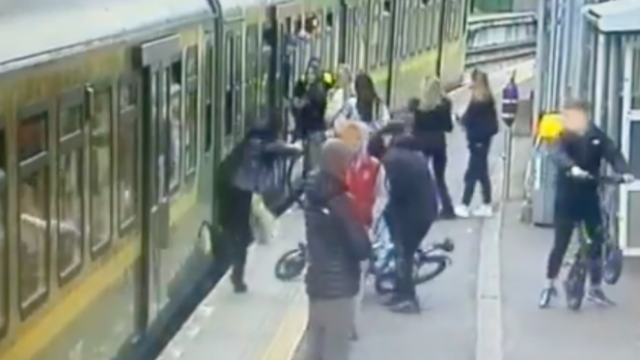 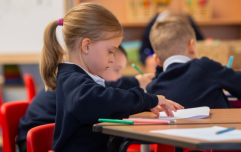 END_OF_DOCUMENT_TOKEN_TO_BE_REPLACED

They were both charged with violent disorder, but a third member is currently facing assault charges.

His case will now be held at the Circuit Court.

He also cannot be named because he is a minor.

Judge Paul Kelly noted that neither of the boys had any prior convictions.

He has adjourned sentencing the youths for preparation of probation reports.

Judge Kelly has ordered both boys to obey their bail conditions.

The case will resume in June.


popular
Study says that these childhood experiences can affect our health for life
Brad Pritt reveals he may have rare condition prosopagnosia
2-year-old boy orphaned after losing both parents in Highland Park shooting
Should I let my 6-year-old daughter dye her hair?
Chris Pratt responds to backlash over 'healthy daughter' comment
Nappy rash: 3 simple tips for keeping your baby's bottom rash free
Parents sue TikTok after their daughters die during 'blackout challenge'
You may also like
1 day ago
Saoirse Ruane's mum speaks out about her daughter's anxiety
1 day ago
The cancellation of “critical” public health check-ups for young babies is “hugely concerning”
2 days ago
"I was absolutely sobbing": Paula MacSweeney shocked after horrible experience in IKEA
5 days ago
Cost of living: Parents admit to going without meals to feed children
1 week ago
Children wearing wrong-sized shoes and pyjamas in daytime as parents cut costs
1 week ago
Woman (50s) dies after falling into water at Dún Laoghaire pier
Next Page