"I am here to support Ruby. That is my job."

Jamie Lee Curtis and her daughter Ruby have shared their first public photos together since Ruby's transition.

Earlier this year Curtis shared the news that her youngest child had transitioned and would now go by the name Ruby but it wasn't until this week that they have both spoken about their journey. 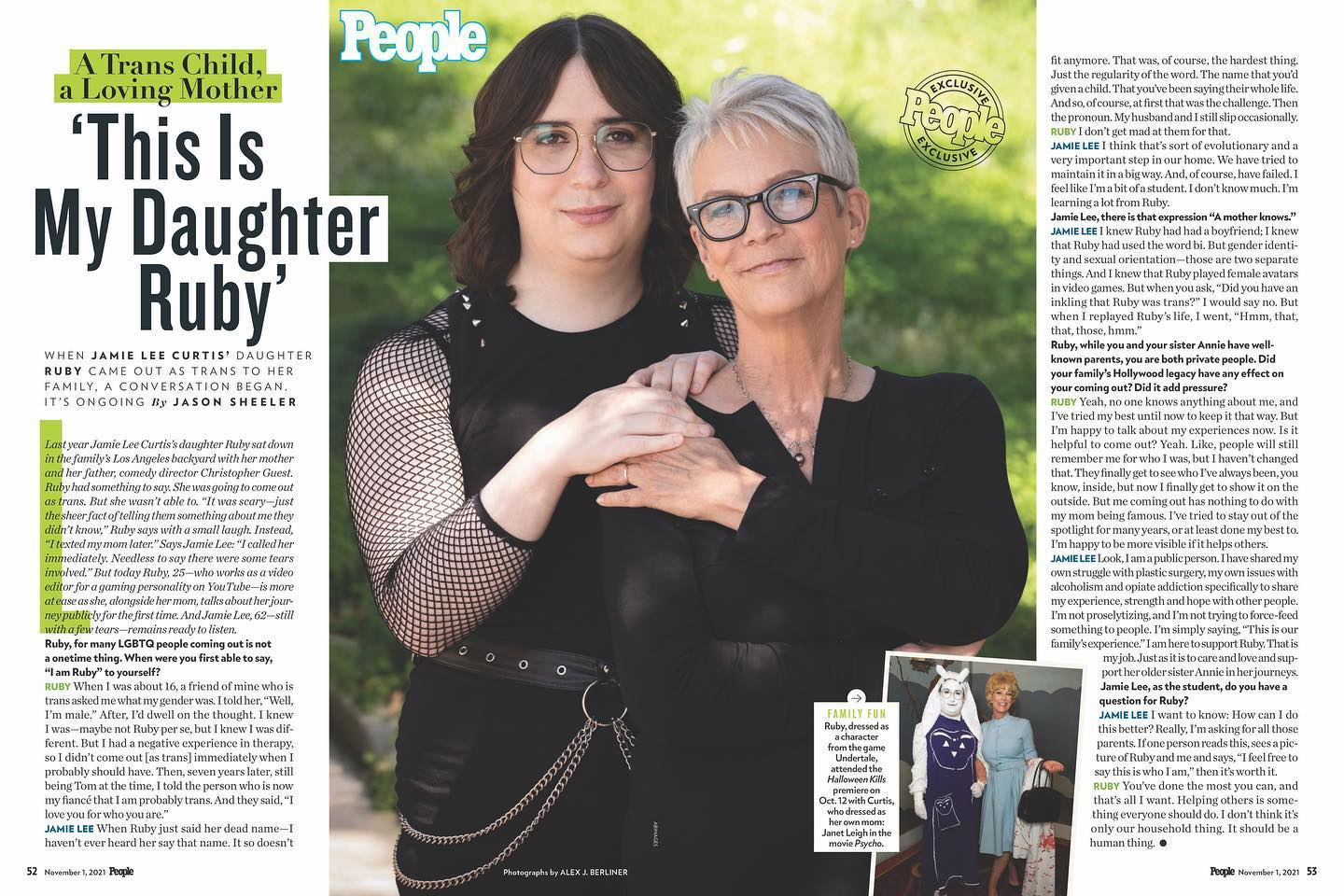 Curtis and her daughter recently spoke to People magazine in the hope that their story might inspire or help others who are also trans;

"If one person reads this, sees a picture of Ruby and me and says, ‘I feel free to say this is who I am,’ then it’s worth it.

I am here to support Ruby. That is my job. Just as it is to care and love and support her older sister Annie in her journeys.

“I’m a grateful student. I’m learning so much from Ruby. The conversation is ongoing. But I want to know: How can I do this better?"

When asked if she was wondered about coming out to her family Ruby revealed that while she was nervous at first she knew her family would support her;

"It was intimidating — but I wasn’t worried. They had been so accepting of me my entire life."

When discussing being the parent of a trans child Curtis admits that she still slips up sometimes but she's constantly working on being the best parent she can be for her daughter;

"You slow your speech down a little. You become a little more mindful about what you’re saying. How you’re saying it. You still mess up, I’ve messed up today twice. We’re human."

She also went on to say that when looking back on raising Ruby she realises now that Ruby always showed signs of wanting to transition;

"When you ask, ‘Did you have an inkling that Ruby was trans?’ I would say no. But when I replayed Ruby’s life, I went, ‘Hmm, that, that, those, hmm."

popular
Expert says Cocomelon acts "as a drug" to kids' brains
What is chroming? Mum issues warning after daughter dies from dangerous trend
Regé-Jean Page is officially the most handsome man in the world, according to research
S Club 7's Hannah Spearritt and children left homeless after being forced from home before Christmas
The car seat hack that could save your child's life in an accident
20 Unisex Irish Baby Names That Are Absolutely Magical
Paris Hilton's husband's 9-year-old child wrote a letter begging him to be in her life
You may also like
6 days ago
Patient in his 80s killed in Cork hospital ward following attack
1 week ago
Jeremy Clarkson apologises to Meghan Markle over for 'disgraceful' column
3 weeks ago
Ireland set to ban "cruel process" of conversion therapy
3 weeks ago
Details emerge in Bruna Fonseca investigation in Cork
4 weeks ago
Andrew Tate releases statement following Romania arrest
1 month ago
You can now rent Iris's cottage from The Holiday on Airbnb
Next Page