The Duke of Cambridge interviewed Sir David at the World Economic Forum in Switzerland.

Sir David Attenborough has a way of resonating with people in the manner that few others can. He has a kind of unparalleled gravitas that means when he talks, everyone listens.

And it's not just because of his iconic voice, it's because of the immense wisdom he was accumulated over the years. It seems that if anyone is able for the difficult job of convincing people to change their behaviour to minimize the impact of climate change, it will be Sir David.

Prince William conducted a powerful interview with the 92-year-old on Tuesday and it raised some important points. The Duke of Cambridge began by saying:

"It's a personal treat for me to be sitting here asking you questions. Normally I have to endure people asking me questions so it's quite nice to be turning the tables for once."

The Duke of Cambridge, Prince William, asks Sir David Attenborough to share the thoughts that he would like to pass on to a younger generation. pic.twitter.com/fzg8yaLqFh

"When I started 60 years ago in the mid-50s, to be truthful, I don't think there was anybody who thought that there was a danger that we might annihilate part of the natural world."

In his early career, he said, simply showing people a new animal on television would astound them. Even then, he added: "Television in Britain in the 50s was only seen by a few million people in southern England."

With the advancement of technology we are afforded with greater opportunity to view the planet, Sir David said: 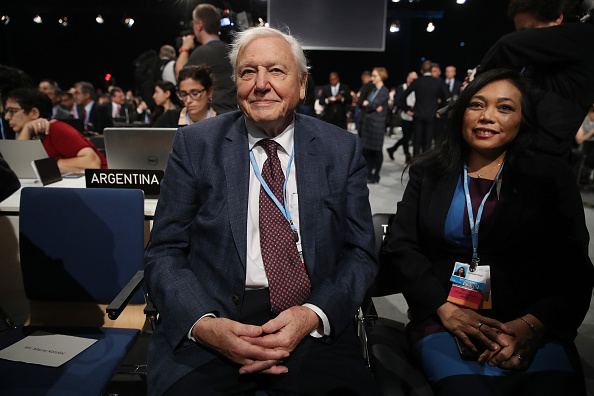 "The paradox (is) that there has never been a time when more people are out of touch with the natural world than there's now.

"It's not just a question of beauty or interest or wonder, it's the essential ingredient, essential part of human life is a healthy planet.

"We are in the danger of wrecking that".

Sir David warned people to wake up to the massive implications human behaviour is having on the planet:

"We are now so numerous, so powerful, so all pervasive, the mechanisms we have for destruction are so wholesale and so frightening that we can exterminate whole ecosystems without even noticing it.

"We have now to be really aware of the dangers that we are doing.

"And we already know that of course, the plastics problem in the seas is wreaking appalling damage on marine life - the extent of which we don't yet fully know." 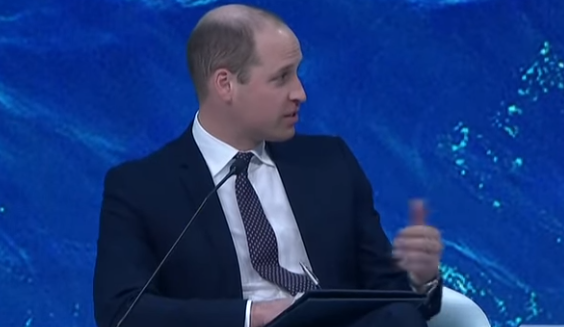 During the interview, Prince William also expressed his love of David Attenborough's nature series and asked whether he is surprised as to their continued popularity, given that people's attention spans are so short these days.

"I'm not in the least surprised, oddly because I don't beleive that a child has yet been born who didn't look at the world around them with those fresh eyes and wonder."


popular
Five teenage girls rushed to hospital after crash in Kilkenny
How to keep your fake tan on for longer during the heatwave
Here's where you can get the best deals on all your Back to School essentials
Opinion: All schools should have generic school uniforms
Gardaí investigating fatal assault of a woman (20s) in Meath
Voluntary contribution fee should be fully scrapped, National Parents' Council says
Expert says Cocomelon acts "as a drug" to kids' brains
You may also like
5 days ago
Kate Middleton ready to leave Kensington Palace 'prison'
1 week ago
Prince William and Kate send birthday message to Meghan Markle
1 week ago
Here's how much Prince George and Princess Charlotte's new school costs
2 weeks ago
Pippa Middleton helps shut down Prince William and Rose Hanbury affair rumours
3 weeks ago
Prince William and Kate 'won't spoil' George for his birthday
3 weeks ago
William and Kate share adorable new birthday portrait of Prince George
Next Page