Several people were killed in the Denmark shooting.

Multiple people have been killed in a mass shooting in Denmark.

The horror incident took place at a shopping centre in Copenhagen.

An official death toll has not yet been confirmed.

Numerous people were also injured in the horrifying attack.

People were seen running out of the Fields shopping centre in Copenhagen.

Police and emergency services rushed to the scene after the shooting.

There is a shooting in Field’s. Near Royal Arena where Harry Styles was going to have a concert in 1.5 hours. #Copenhagen #fields #royalarena pic.twitter.com/zNF9pOGFRB

END_OF_DOCUMENT_TOKEN_TO_BE_REPLACED

Speaking after the mass shooting, officers confirmed that a Danish man has been detained.

"We know that there are several dead, as well as several injured.

“We do not have information that others are involved. This is what we know now."

"One person has been arrested in connection with the shootings," police added.

Police stressed that they are following all leads.

They also said they're not ruling out terrorism. 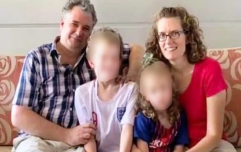 Midwife tragically dies in front of her children on flight

END_OF_DOCUMENT_TOKEN_TO_BE_REPLACED

According to witnesses, people hid in shops during the attack.

Others fled the shopping mall, including women and children.

A Harry Styles concert was due to take place near the shopping mall this evening.

The concert has now been cancelled due to safety concerns.

Thousands of fans were gathered near the venue, which is just 1 mile away from the shopping mall.

Fans have been evacuated from the venue.

A father who was bringing his daughters to see Harry Styles perform was in the mall during the shooting.

He told Danish reporters, "It is pure terror. This is awful. You might wonder how a person can do this to another human being, but it’s beyond … beyond anything that’s possible.”

We're keeping all the victims and their families in our thoughts during this harrowing time.


popular
TikTok star shows how to avoid sweat stains by using pantyliners
Giving our children experiences rather than toys makes them more intelligent
Opinion: All schools should have generic school uniforms
Here's where you can get the best deals on all your Back to School essentials
Shows like Bluey and Peppa Pig are actually bad for kids, expert warns
Five teenage girls rushed to hospital after crash in Kilkenny
Voluntary contribution fee should be fully scrapped, National Parents' Council says
You may also like
5 days ago
Tributes paid to girl (11) who died at water park in England
6 days ago
Child killed in house explosion in London
1 week ago
Conjoined twins with fused brains have been successfully separated
1 week ago
Archie Battersbee's mum says she feels "let down" by justice system
1 week ago
Family of murdered 9-year-old girl speak out
2 weeks ago
Police launch murder investigation after 9-year-old girl is killed in England
Next Page