Dermot Kennedy has added an extra Dublin date at Marlay Park on Saturday 24th June 2023 due to phenomenal public demand.

A dynamic and powerful live performer, Dermot Kennedy has become one of the biggest and fastest selling live artists ever following his historic run of Irish shows in 2022 -  with eight huge concerts across Ireland.

He also headlined Electric Picnic to over 70,000 people in September. His debut album “Without Fear” is also the biggest selling album of the millennium by an Irish artist.

Nominated for the “Best International Male” BRIT Award in 2020, Dermot has now amassed nearly 4 billion streams across platforms and has the best-selling debut album in Ireland of this millennium, making him a platinum-selling artist in over 12 countries. His unique ability to unify and heal through his music has been apparent since the inception of his organic and meteoric rise.  His poetic, compelling music has resonated with music lovers across the globe, with notables including Taylor Swift, Dua Lipa and Shawn Mendes all calling themselves fans.

“Kiss Me” is the latest track to be unveiled ahead of Dermot’s anticipated forthcoming new album, Sonder, out November 4th. The new single and video, “Kiss Me” is out now on Island Records/Interscope.  Listen/share HERE and watch the new video HERE. 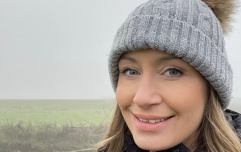 END_OF_DOCUMENT_TOKEN_TO_BE_REPLACED

The forthcoming new album is an exciting new chapter for the global star. Sonder is summarized as “the realization that each random passerby is living a life as vivid and complex as your own,” a term that has resonated deeply with Kennedy. Highlights from the album include the lead single "Something to Someone"  which has topped over 20 million streams. Watch the video and pre-order the album now.

“Kiss Me” is Dermot at his pop-finest.  A master storyteller, he marries poignant lyrics about love’s intensity with an infectious, hook-laden melody that immediately draws the listener in.  The duality of the song’s more serious narrative alongside the upbeat track makes for a surprising and deeply satisfying listen and displays his penchant to craft an unforgettable pop song.  Co-written by Dermot, Dan Smith (Bastille), KOZ (Kendrick Lamar, Dua Lipa) and Steve Mac (Pink, Ed Sheeran), “Kiss Me” was also co-produced by Mac and KOZ.

popular
This is everything women need to know about ovarian cysts
Study says that dads get more sleep than mums and tell us something we don't know
Bride asks for divorce day after wedding following groom's disrespectful cake stunt
Viewers in tears after last night's emotional episode of DIY SOS
These 40 baby names are set to trend in 2023
Babies born in February have some pretty cool advantages – no, really – it's true
Dad admits he hates his daughter's name so much it makes him uncomfortable
You may also like
3 years ago
'Just amazing' Mary Kennedy lends support to nephew Dermot Kennedy
5 days ago
Wayne Lineker called out for comment on Tommy and Molly-Mae's baby news
5 days ago
Molly-Mae Hague's sister Zoe has just shared the cutest unseen pictures of baby Bambi
6 days ago
Pregnant Shaughna Phillips issues statement following arrest of boyfriend
6 days ago
Woman calls for child-free suburbs because she is sick of screaming children
6 days ago
Fans believe Molly Mae has called her daughter after a Disney character
Next Page