Dozens of children are among the victims of the Sudan massacre

At least 19 children have been confirmed dead as violence escalates in Sudan.

Hundreds of people have been killed and injured in acts of brutality heavily condemned by the United Nations.

Young children have unfortunately been caught up in the attacks with many suffering assaults and even being killed.

There has been an outcry from the country for the world to become aware of the drastic situation unfolding with the hashtag Sudan Massacre trending globally on Twitter.

Current reports put the death toll at 500 including at least 19 children. 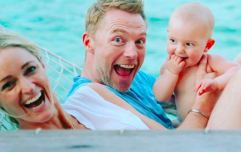 END_OF_DOCUMENT_TOKEN_TO_BE_REPLACED

Reports including one by Sky News say that schools are being targeted in particular but that reporters are being denied access to school buildings they know have been ransacked by the army.

Africa correspondent John Sparks says he was threatened with violence when he attempted to enter the premises. He went on to say that his team felt suspicious that all was not right due to the overpowering smell of decay coming from inside.

Many inside and outside of the country continue to try garner awareness of the crisis currently unfolding through social media.


popular
11 little habits to start now that will slowly change your life for the better
Can you pronouce these 7 'unique' baby names? They're trickier than you think
4 ways to fix hard slime with ingredients you probably already have at home
These 5 Foods Could Increase Your Chances of Having Twins
DIY: Here's how to transform your old trampoline into a super-cosy 'summer hideout'
10 seriously unique Irish baby names that are not too popular (yet)
Classic baby names: 10 names that have kept their charm these past 100 years
You may also like
5 days ago
Government announces €375m plan to reopen schools next month
1 week ago
Staycation scams: Warning issued for home holiday makers this summer
1 week ago
Where The Crawdads Sing is about to become a Hollywood movie – and it's all thanks to Reese Witherspoon
1 week ago
Taoiseach has confirmed that all schools are to fully reopen next month
1 week ago
Minister O’Donovan announces free admission to visitor Heritage sites
1 week ago
Gardaí appeal to find owner of stolen "nervous" dog, reunite second dog with owner
Next Page