"A very significant harm has been done to people."

During the week Lynsey Bennett, one of the many women effected by the CervicalCheck scandal, finally settled her High Court action.

The 32-year-old mother of two made a heart wrenching speech moments after the settlement saying while it would not save her life, it at least meant her two daughters would be looked after financially.

Speaking at the National Public Health Emergency Team (Nphet) this Thursday, Chief Medical Officer Dr Tony Holohan said the scandal "should not have happened" and that a "very significant harm" has been done.

"[I have] enormous sympathy for the women concerned because it was a basic commitment to women that wasn’t honoured," he said.
Each woman in that situation believed and had every reason to believe that this information would be shared.
It wasn’t shared so the failure, which was at the centre of the CervicalCheck, the failure to feed back the information that was gleaned from retrospective clinical audit was something that simply shouldn’t have happened.
A very significant harm has been done to people who have had the experience over the course of the last number of years.
The harm at the centre of cervical check was that there was no disclosure to women of the findings of a retrospective clinical audit of their care.
Where there was a commitment to give that commitment back to individuals the information wasn’t in fact given to those individuals.
There was significant hurt for those individuals." 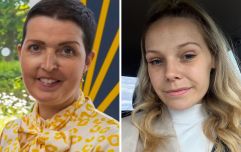 END_OF_DOCUMENT_TOKEN_TO_BE_REPLACED

Even more controversy was added to the CervicalCheck scandal when the women involved were forced to go through the courts to receive any type of compensation.

While there have been settlements for some of the victims involved in the CervicalCheck scandal there has been no admission of liability.

popular
Bachelor Nation star Sarah Herron's baby passes away shortly after birth
Molly Mae fans are shocked after finding out how much Bambi's crib cost
Tommy Fury responds to Jake Paul ruining his baby news
Molly Mae says becoming a mum is the best thing that ever happened to her
Expert says Cocomelon acts "as a drug" to kids' brains
Man charged with the murder of pregnant Natalie McNally
Nutritionist warns parents they shouldn’t let their kids drink Prime
You may also like
3 months ago
"Heartbroken beyond words": Una Healy pens tribute to Lynsey Bennett
9 months ago
Lynsey Bennett undergoing "intense" treatment in Germany
10 months ago
"I am finally back walking": Vicky Phelan shares hopeful update
1 year ago
"I am doing really well": Vicky Phelan shares update ahead of Christmas
3 years ago
"Let the words of today help heal our broken hearts" Cervical cancer patient support group respond to the Taoiseach's apology
3 years ago
Review: Vicky Phelan's book comes out today and it's a serious tearjerker
Next Page