Drag Queen Story Time is now a thing and we, for one, are all for it.

The programme does exactly what it says on the tin - drag queens are invited to come to schools and read stories for children in order to teach them about gender identity and promote inclusivity.

ITV's This Morning shone a light on the story this week by visiting Parson Street Primary School in Bristol in the UK where a drag queen was reading to the pupils. 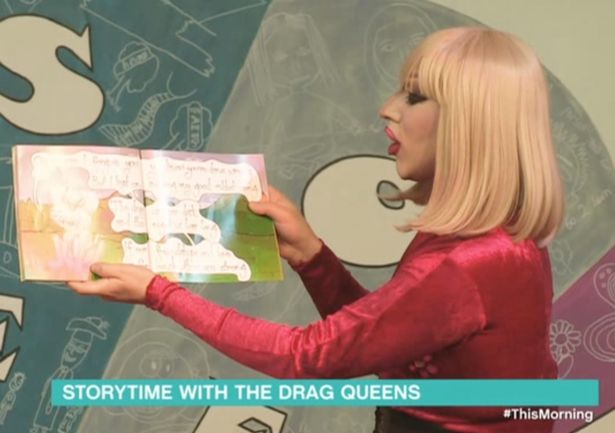 "I've always had a positive reaction from the Drag Queen Story Times I've done in schools," said Alyssa Van Dell, one of the six drag queens in the UK group.

"The parents have come and they've seen its just a little theatre and a story with a few visuals."

She says she doesn't make the readings specifically about gender or sexuality.

"I don't really focus on LGBT issues with Drag Queen Story Time. I always stick to the thing of let kids be kids. I focus mainly on being different." 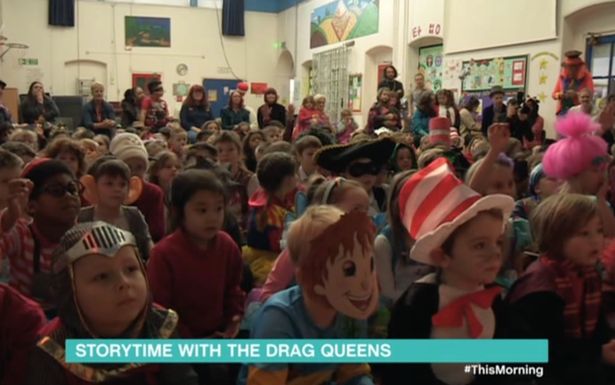 Principal Jamie Barry said the story events are a hit with pupils.

"I also think it will support the work we've been doing with our children over the last couple of years to make them see there are no rules along gender identity and sexual orientation.

Lots of people watching at home welcomed the idea.

I'd happily have my kids in Drag storytime! Having the message that were all different and fabulous coming from more than just me cannot be negative! #thismorning

Storytime with drag queens - fine by me! We need to raise a generation who are less judgemental and more accepting of people, whatever package they come in. Also, what’s the difference between kids seeing a drag queen in Panto? #ThisMorning

When my boys were in primary school I wouldn't have minded them being told stories by drag queens , they see people on drag in pantomime as children so why not in school reading ? I also positively told them 'Gay is Ok' at primary age , they are open minded men now #ThisMorning

Drag queens can teach kids so much about the dimensions of identity in a fun and open minded way. Imagine how much nicer we’d be to others and ourselves if we were taught to respect all aspects of one-another’s identities. #ThisMorning

Some others thought it was inappropriate.

Story time with drag queens.... it’s a no from me. #ThisMorning

There are even those in the US, where the idea originated, who believe Drag Queen Story Time is a left-wing tactic to indoctrinate children.

"While this story time is ostensibly meant to introduce children to new ideas and open their minds, it is clear that the events skew in a particular political direction," wrote blogger Amelia Hamilton in the National Review.

Where do you stand on Drag Queen Story Time? Would it work here in Ireland? Share your thoughts in the Facebook comments.


popular
Expert says Cocomelon acts "as a drug" to kids' brains
Ben Foden's wife Jackie slams Dancing On Ice after he's booted off
I rushed into naming my baby boy and now I seriously regret it
My mother-in-law keeps fat-shaming my 19-month-old son
Whether you’ve got a baby on the way or have an army of your own, the Lidl Big Baby Event is here to help
Do children belong at weddings? Mum starts heated debate
Star Hobson's killer trying to appeal her sentence
You may also like
2 weeks ago
Covid restrictions will not be eased for teachers, Foley confirms
1 month ago
Will Ireland's schools close early for Christmas break?
1 month ago
Will the school's Christmas break be extended this year?
1 month ago
Storm Barra: Will schools re-open tomorrow?
1 month ago
New measures advising kids to wear masks coming into effect tomorrow
2 months ago
605 primary school teachers test positive for Covid in two weeks, says INTO
Next Page