She doubts she'll let her daughter go next year.

A Dublin mam was horrified to find wires in some of the sweets her daughter was given while trick-or-treating on Halloween night.

After trick-or-treating in north Dublin, the family were looking through the 10-year-old's goodies when they found identical small wires inside four wrapped chocolates.

The wires were all about 1cm in length, with the wrappers not appearing to have been tampered with. 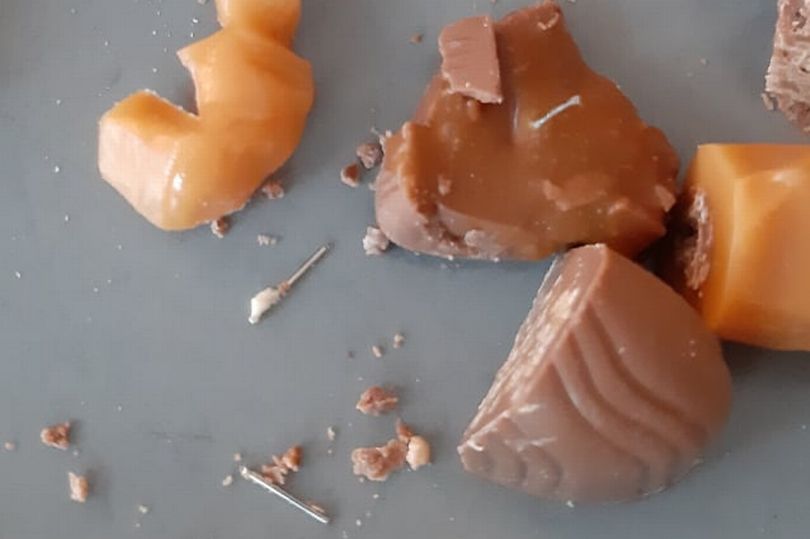 The parents checked another few sweets and found more wires.

Bizarrely, the mam told Dublin Live that the sweets weren't from the same manufacturer.

END_OF_DOCUMENT_TOKEN_TO_BE_REPLACED

"I went around it with a finger and you wouldn't see it with the bare eye. I just felt it."

Thankfully, the parents made the discovery before their daughter could tuck into the dangerous treats.

Fearing the sweets were maliciously tampered with, the mam reported the incident to the guards – though there's no way to know which house the sweets came from as her daughter visited so many.

"I don't even know what to make of it," she continued. "I probably wouldn't let my daughter go next year."