Another royal baby? Duchess of Cambridge hints about having a fourth child

Is the royal family about to get even bigger?

The Duchess of Cambridge is currently on a solo royal tour in Denmark and during the tour, she hinted that she'd love to expand her family.

The mum has three children- Prince George, Princess Charlotte, and Prince Louis- with her husband Prince William. But it looks like she'd happily welcome another family member into their brood.

During a visit to the Copenhagen's Children's Museum, the mum-of-three said she loves being around children.

According to reports, Kate was overheard saying, "It makes me very broody." 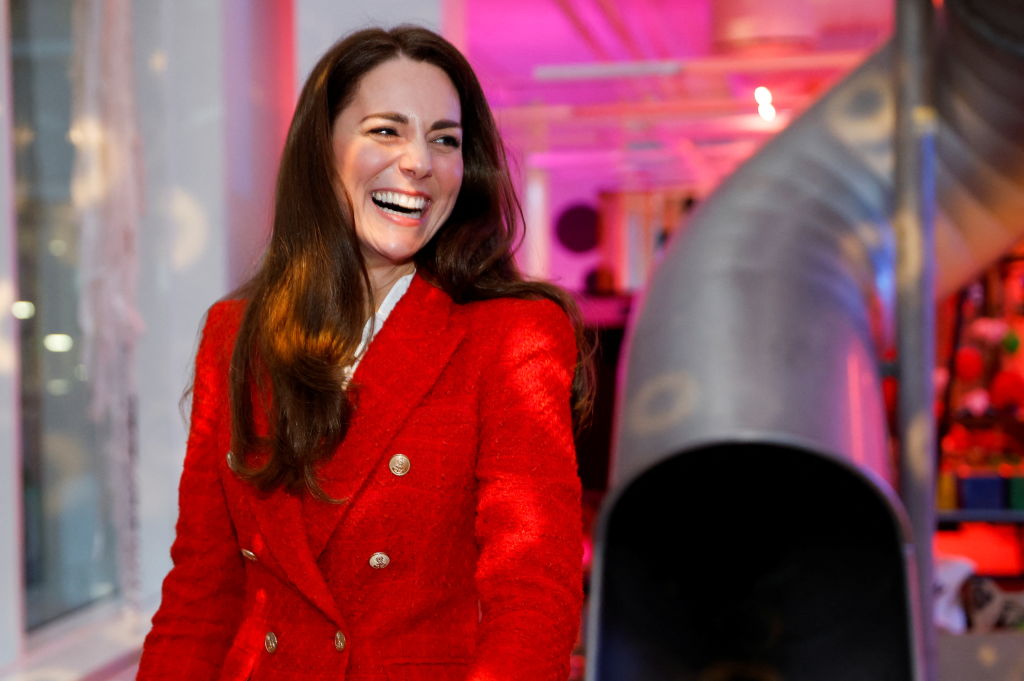 The Duchess then told reporters, "William always worries about me meeting under one-year-olds. I come home saying ‘let's have another one.'"

However, Prince William is less keen than his wife.

According to sources, the future king is happy with having three children.

During a previous royal engagement, he said: "Don't give my wife any more ideas. No more!" when Kate was holding a baby.

Kate has embarked on a solo tour on behalf of the Royal Foundation Centre for Early Childhood.

The Duchess is extremely passionate about learning more about early childhood development.

Kate learned about the Copenhagen Infant Mental Health Project. The project aims to promote the mental wellbeing of parents and their children - and the relationship between them.

The Duchess has been learning about the very earliest stages of a child’s development during the trip.

During her visit, Kate also met with The Queen of Denmark and The Crown Princess. She joined them to celebrate a Jubilee year for both the United Kingdom and Denmark.

Denmark is marking a Golden Jubilee this year. Queen Elizabeth also celebrates her Platinum Jubilee back in the UK.

popular
Irish dad shares warning after his 12-week-old baby was hospitalised with RSV
9-year-old boy will "never be the same again" after Wexford dog attack
7 Christmas markets and Santa experiences to visit with kids this winter
There's a FREE Santa experience happening in Dublin
"I want to spend all my time with them": Vogue Williams on suffering from mum guilt
Kelsey speaks out about moving on after Tom Parker's harrowing death
'We want a family': Suzanne Jackson on having kids with husband Dylan
You may also like
1 month ago
"Ireland belongs to the Irish": Woman confronts Princess Kate during Belfast visit
1 month ago
Princess of Wales reveals she struggled to name her children
2 months ago
Kate Middleton reveals Prince Louis' sweet words about Queen Elizabeth's passing
3 months ago
Prince William and Kate move children to new private school
3 months ago
Prince William and Kate's kids won't have a live-in nanny for the first time in their lives
3 months ago
William and Kate send letter to girl who invited Prince George to his birthday
Next Page