You might have noticed that Princess Charlotte is always wearing dresses and we can't remember seeing her wear trousers or cute little dungarees.

However, it turns out there's a rather specific reason for that and it's all down to a decision made by the Duchess of Cambridge, mother of Charlotte, George and Louis.

It's thought that the reason for the choice of clothes, shorts for George and dresses for Charlotte, is because they are traditional choices and therefore 'timeless' in photos.

Although one could argue that these outfits are dated, they're certainly traditional and it has to be noted that the royals do follow a specific dress code.

However, it's believed that the children have casual clothes when they're at home and the shorts and dresses are what they wear when going to events, in keeping with the formality of the occasion. 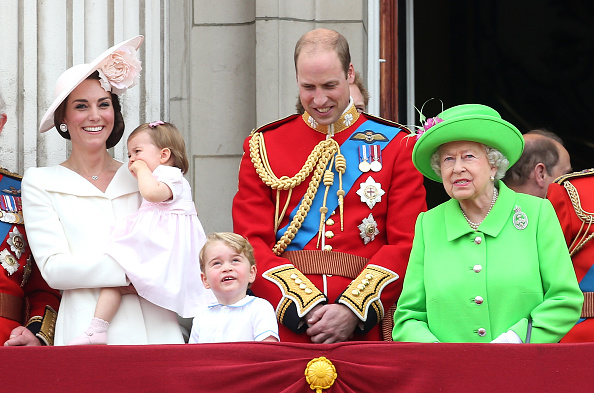 Prince George has been pictured in a number of outfits from childrenswear designer, Rachel Riley and she previously spoke about how her designs are suited for formal occasions.

In conversation with The Telegraph, Rachel said:

"While I don’t wish to mimic period drama (shorts are wider and longer, proportions more relevant for the 21st century), I do think my clothes are traditional and that is perhaps the appeal for the Duchess of Cambridge".

"My clothes are better suited for formal occasion wear, which is predominantly what people come to us for. They’re not going to date in photos in years to come".

"The reason why I design clothes that way is because if they wear very simple things, it’s about the child, and it’s timeless in that you can’t really date a specific photo or put them in something that seems out of date".


popular
Here's what's opening on the 26th of April - better get booking!
Here's what bookies think Harry and Meghan will name their baby girl
Vogue Williams son Theodore recuperating after an accident at home
Using a childminder? You might be entitled to a new subsidy.
Fundraiser set up for family of Tipperary 3-year old who died in tragic bus accident
Princess Charlotte doesn't have to bow to the Queen but Prince George does - here's why
Mum admits she hates playing with her daughter, and we can relate.
You may also like
1 month ago
Kate Middleton is obsessed with this high street brand – and we totally get it
2 months ago
The Duchess of Cambridge swears by this trick when George, Charlotte or Louis misbehave
2 months ago
Kate Middleton, George, Charlotte and Louis all share the same favourite breakfast
3 months ago
Happy birthday, mummy! How George, Charlotte and Louis threw Kate a lockdown party
5 months ago
Dress worn by Kate Middleton while visiting Ireland named 'Dress of the Decade'
8 months ago
The dress Kate Middleton just wore is available in the M&S sale right now
Next Page