'I burst into tears': EastEnders star Louisa Lytton is engaged

Congratulations to Louisa Lytton and her boyfriend Ben Bhanvra, who just got engaged.

Ben got down on one knee on a recent holiday to the Maldives.

He told OK Magazine that he took Louisa to a quiet part of the island they were staying on to pop the question.

"I told her I wanted to fly my drone to get some aerial pictures of the island, although really I wanted it to capture a video of the moment I proposed."

The couple were interrupted by a cleaner but Ben was eventually able to ask the big question.

Louisa admitted that she "burst into tears" and immediately said yes.

It's been a whirlwind relationship for the couple who got together at the end of 2017. 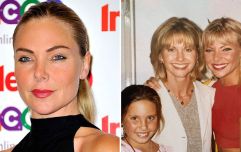 END_OF_DOCUMENT_TOKEN_TO_BE_REPLACED

"Benny moved into my flat in February, four months after we met," Louisa said previously.

"It’s all been very fast but once we found each other we didn’t see the point in hanging about."

They're now eager to start a family.
"I want at least two children and Ben wants three so we’ll have to get cracking pretty soon after the wedding!

"I can’t wait to have babies, I’m very maternal so it’s been my dream for a long time to be a mum."

Louisa recently returned to our screens as EastEnders' Ruby Allen after 12 years away from the boat.