Eating These Traditional Sweets Could Be Making You Infertile

If you're trying for a baby, it's usually a good idea to limit treats and improve your diet any way you can. Now however, researchers are warning that one particular type of sweet should be off the menu entirely.

A study of the reproductive tissues of mice found that exposure to isoliquiritigenin (iso), a compound found in licorice, disrupts steroid sex hormone production in the ovary.

Worryingly, the first study of its kind showed that the licorice compound caused aromatase, an enzyme that converts testosterone to estrogen, to drop by more than 50 percent.

While more research must be carried out, experts have labelled the findings, published in the journal Reproductive Toxicology, as concerning.

"In general, when you start to have lower hormone levels, you could start to have problems with reproduction," says University of Illinois comparative biosciences professor Jodi Flaws, who led the study with researcher Sharada Mahalingam.

"And because estrogen is also important for healthy brains, healthy bones, a healthy cardiovascular system, if the levels are depleted for too long, you could have problems with those systems. We haven't shown that to be the case. That's just a possibility. 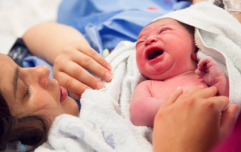 The global birth rate has almost halved since the 1950s

END_OF_DOCUMENT_TOKEN_TO_BE_REPLACED

"I would say, though, that a 50-plus percent drop in aromatase in humans would be a serious problem for fertility and for other things," Flaws said.

While iso does have properties that make it effective against some cancers, women of childbearing age should avoid it because those same properties can make it toxic to ovary growth and development.


popular
Lidl's hanging egg chair is coming back to stores this month
Six stillbirths linked to Covid-19 in Irish hospitals
New Gynaecology unit at Rotunda Hospital to provide increased access to vital services
This woman created such a clever song about Mrs Hinch...and she sounds like Adele
Everyone's losing their minds for this garden igloo movie night experience
Princess Charlotte doesn't have to bow to the Queen but Prince George does - here's why
Can you pronouce these 7 'unique' baby names? They're trickier than you think
You may also like
5 days ago
Chrissy Teigen wants everyone to have access to IVF
1 week ago
Chrissy Teigen admits it's difficult to come to terms with never being pregnant again
3 weeks ago
The Coombe Women & Infants University Hospital launches dedicated Endometriosis Clinic
4 weeks ago
Endometriosis and fertility – six things all women should know
4 weeks ago
Kourtney Kardashian, 41, says she froze her eggs at 39 in case she wants to have another baby
1 month ago
Endometriosis: What you need to know and how it can affect your fertility
Next Page