In perhaps the most relatable story of 2017 so far, it’s been reported that an eight-year-old boy in the US drove himself to MacDonald’s to get a cheeseburger.

Workers at the fast food restaurant thought they were being pranked when the boy pulled up to the drive-through window in a van with his four-year-old sister in the passenger seat.

The boy from East Palestine, Ohio, had taught himself to drive using Youtube tutorials, according to the Weirton Daily Times.

Local police were alerted to the incident after witnesses spotted the boy driving through the town in the van.

The paper reports that during his mile and a half long journey, the young driver “obeyed all traffic laws, stopping properly at red lights and waited for traffic to pass before making the left turn into the McDonald’s parking lot.”

“He didn’t hit a single thing on the way there. It was unreal,” said East Palestine Patrolman Jacob Koehler, who responded to the witnesses’ calls. 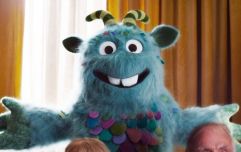 Watch: The McDonald's Christmas ad has left us in floods of tears

END_OF_DOCUMENT_TOKEN_TO_BE_REPLACED

The boy explained to Koehler that he has eaten breakfast, lunch, and dinner that day but had just “really wanted a cheeseburger” and had brought money from his piggy bank to pay.

The police ruled out neglect, saying the kids’ parents were at home sleeping when the boy took the keys to his dad’s van.


popular
Stacey Solomon slams 'one night of freedom' stag-do ahead of wedding
Claire Byrne reveals her RTÉ show is ending after 7 years
Meghan Markle visits Texas school shooting memorial
Deborah James praises doctors who gave her more time with her children
Woman hit by a motorbike in Dublin city fighting for her life in hospital
Dealing with sick tummies, sore heads or high fevers? We've got the perfect solution...
9 of the best outdoor family experiences in Ireland's Ancient East
You may also like
1 week ago
Husband thinks wife is weird for doing something most of us have done
10 months ago
“They've never had McDonald's and they never will" - Matt and Emma Willis' unique parenting rules
1 year ago
Your McDonald's fries will never go soggy again with this simple trick
1 year ago
McDonald's is bringing back the Flake McFlurry and has a new crispy chicken burger addition
1 year ago
Burger King urge customers to go to McDonald's in order to help the restaurant industry
1 year ago
Ronald McDonald House launch Barróg bunny to help raise much needed funds
Next Page