Kim Tate is going to have one thing on her mind when she makes her return to Ememrdale: revenge.

The character, played by Claire King, made a brief return in October last year, before she was put behind bars.

But with her permanent return confirmed to take place later this month, it looks like there's going to be a whole lot of drama when Kim returns to the village.

Now, showrunner Kate Oates told Metro that Kim is going to have "a lot of old scores to settle" when she returns to the village later this year.

She also dropped a few hints about who those "old scores" will be with, and what fans can expect once the Emmerdale villain comes back.

And it isn't looking too good for some fan favourites. 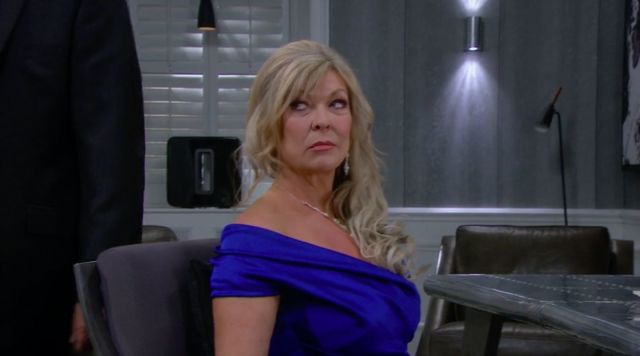 "We’ve still got the fall out of the Joe and Graham, and obviously Kim’s coming back as well, which is going to be huge. There’s a lot of things to tie up.

"Obviously we discovered that Faith was the one who pushed her from the balcony, so there’s a lot of animosity between Debbie and Kim. And the Dingles as a whole really.

"‘So yes, there will be lots of stuff with Cain and Graham, that all kicks off when Kim returns to the village and causes more mayhem. So he gets very much involved in all of that. He’s going to be pretty busy, him and Moira."

Claire King initially reprised her role as the iconic character for just one week of episodes. However, following her stint last year, it was confirmed she would be back on the soap full-time.

"You knew she wasn't going to go away quietly, so I'm so pleased to announce Kim will be back. It's been great fun keeping it under wraps but now she can really get down to business!"


popular
Breastfeeding: The amazing tip one midwife gave me on how to clear a clogged milk duct
This amazing hanging egg chair is coming into Aldi next week and go, go go (but safely)!
Super simple trick to keep paddling pool clean when your kid isn't using it
The Best Kid-Friendly Swaps For Popular Swear Words
Totally tropical baby names inspired by Hawaii
Energia and GIY are giving away free grow boxes so you can start a vegetable patch with your kids
These 5 Foods Could Increase Your Chances of Having Twins
You may also like
1 month ago
Here’s the line-up for the first virtual edition of The Graham Norton Show tonight
2 months ago
RTE are set to broadcast an hour of 'school on TV' everyday from Monday
2 months ago
Joanne Froggatt has ruled out a season three of Liar
3 months ago
Liar's Joanne Froggatt teases what fans can expect from season two
3 months ago
ITV's new crime drama Honour will be the TV show that everyone is talking about this year
3 months ago
There's a Golden Girls-themed cruise setting sail next year and we're packing our bags already
Next Page