No, not the end of climate change. No, not the airing of the final ever episode of Game of Thrones.

This was something more important. Something divine, something incredible, something we - the humble soap viewer - has been eagerly anticipating for months.

Maya got caught having sex with Jacob.

The pair were caught rapid last night by Jacob's girlfriend, Liv, who stalled it over to Jacob's house to question why the teenager didn't want to have sex with her.

It turns out, he wasn't interested because he was having sex with someone else - Maya, his teacher, the paedophile. 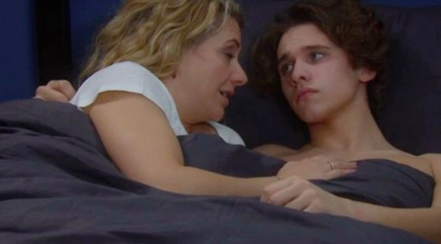 Viewers were understandably delighted by the scenes as Liv confronted the pair about what was going on, leading Jacob to eventually admitting the affair. 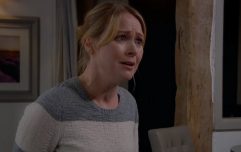 END_OF_DOCUMENT_TOKEN_TO_BE_REPLACED

But rather than freaking out and calling the police like any normal person would do, Liv decides to try and blackmail Maya for some money in return for keeping their relationship a secret.

However, Emmerdale viewers were convinced that Liv had a little something else up her sleeve - most notably her phone where she was hopefully recording the entire conversation.

Others, however, were concerned that that wasn't what happened at all, and that Liv didn't record the conversation, meaning that she doesn't have any proof of the whole scenario.

#Emmerdale Obviously Liv won't record this chat with Maya 🙄 what 💩

I really thought Liv was going to record what Maya was saying, would of made more sense before blackmailing her 😂 #Emmerdale

Liv is so stupid, she’s blackmailing Maya? Why didn’t she tell Aaron? Especially after what he went through with their dad. I thought she would have had the sense to record Maya when she met her on the bridge 😡#Emmerdale

This is Emmerdale though, and we don't deal in sense here. We deal in what's going to make this storyline drag on for as long as possible.

And in this case, it's going to be Liv not telling anyone what she heard for a long time.


popular
The dress that Holly Willoughby wore this morning is getting very mixed reactions
Mum gives birth to twins but finds out later that they have two separate fathers
From In the Night Garden to Mr Tumble, Aldi will have all your child's favourites
Eight parenting milestones that will make you jump for joy (every single time)
Sarah Michelle Gellar says her daughter is her twin but her husband disagrees
10 fantastic ways being a mum totally changes your life
Blogger shares post on what plus-size pregnancy looks like and we love it
You may also like
2 weeks ago
Emmerdale reveals two new characters who are joining the soap this spring
3 weeks ago
Emmerdale's Matthew Wolfenden teases Maya Stepney's possible return
1 month ago
Emmerdale 'confirm' when Graham Foster's killer will be revealed
1 month ago
Emmerdale fans reckon they have figured out the father of Maya's baby
2 months ago
'It's a very strange situation': Emmerdale's Matthew Wolfenden on David and Jacob's Christmas baby plot
2 months ago
DNA shocker for Emmerdale as Maya leaves newborn on Jacob and David's doorstep
Next Page