Was last night the beginning of the end for Maya?

For months, Emmerdale viewers have watched schoolteacher Maya Stepney groom teenager Jacob Gallagher and convince him that he's actually in love with her and that they'll be together.

And then a few weeks ago, fans thought the storyline would come to an end after Liv Flaherty found Maya in Jacob's bed.

But instead, she blackmailed the teacher for her silence; intending to use the funds to help Robert and Aaron's surrogacy plan. 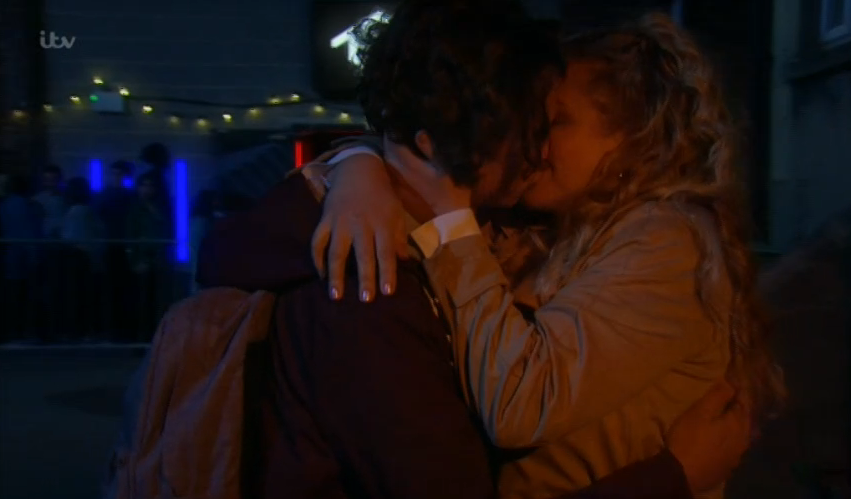 Instead, it was Priya Sharma who found out the truth after she spotted Maya and Jacob kissing outside of a nightclub in Hotten.

She, naturally, tells the rest of the gals what she saw, saying:

"He was here. He was kissing Maya. I said he was kissing her. He got out of the cab, she was there, they were obviously pleased to see each other and they kissed.

"Like two people who can't get enough of each other." 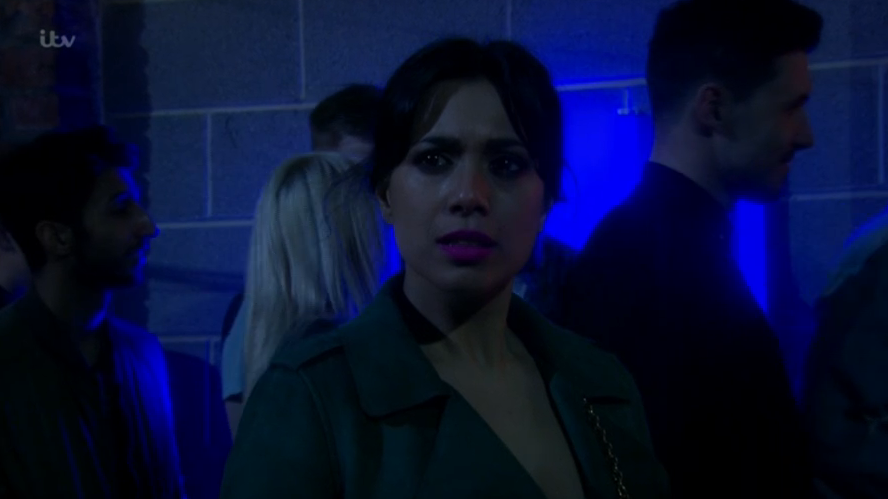 Leyla managed to lure Maya back to them with the promise of a lift home. But when Priya pulled up with Tracy (who kissed David earlier this evening), Maya started to have a go at her.

"Wow. Well, aren't you brazen. This is going to be a fun journey home."

But Leyla soon made it clear that Maya was the one who was actually in some serious danger.

"She's the least of your worries, darling," she coldly told her.

Now, the newest Emmerdale trailer has hinted that Maya Stepney may be dead after a showdown with Leyla, Priya and Tracy.

"You are going to regret every single thing you have done to Jacob," Leyla yells as she attacks Maya, who screams for help.

The footage also shows Leyla, Priya and Tracy burning someone's clothes - and Leyla telling them, "We have to stick to the same story."

Emmerdale's Big Night Out storyline will continue the week beginning May 6.


popular
Get ready to live like the stars because Lidl is selling an entire home cinema range
Kids still got a pesky case of lice with school out? Here's how to fix it
Energia and GIY are giving away free grow boxes so you can start a vegetable patch with your kids
A Tyrone midwife was chosen to feature on the cover of Vogue
Surviving motherhood: 10 clever buys that'll make your life a little bit easier
Raising boys: The beautiful words every boy mum needs to read
10 reasons why everything is just so much easier with baby number two

You may also like
1 day ago
Short film depicts the unsettling reality of domestic abuse during lockdown
1 week ago
'Completely lost': Model Sarah Morrissey shares touching tribute to mother after recent passing
2 weeks ago
Laura Whitmore says she 'didn't know how to react' after experiencing miscarriage
1 month ago
Research finds that calling trans youth by preferred name can reduce suicides
1 month ago
'Until we meet again' Samantha Mumba shares tribute to dad who passed away last month
1 month ago
Feileacain share grief advice for parents after cancellation of remembrance service
Next Page