Emmerdale's Maya Stepney is reportedly going to be left for dead next week as she makes plans to flee the village.

Over the last few months, the schoolteacher has been grooming her boyfriend's stepson and her student, Jacob Gallagher.

The controversial storyline has made fans of the long-running soap furious, with many taking to social media about how it made their "skin crawl".

However, according to Digital Spy, the plot is set to take a new twist next week as Maya tries to leave the village.

The teacher will decide it is time to leave the 'dales after realising that she has lost her control over Jacob. 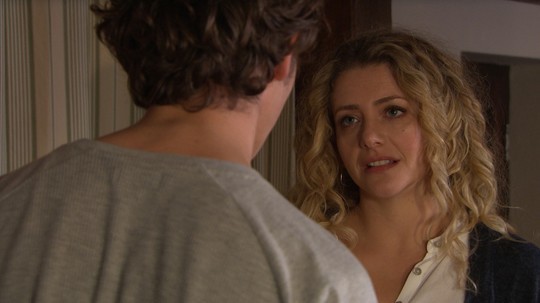 Some upcoming scenes will show Jacob start to get closer and closer to Liv Flaherty - and Maya struggle with jealousy over their relationship.

Jacob and Liv head out on a date together, where their relationship appears to be going from strength to strength.

Maya is determined to cause trouble for the pair, and lets slip to Aaron Dingle and Robert Sugden that the two teenagers are alone at Mill Cottage.

Aaron is fuming when he returns home and finds Liv and Jacob cuddled up together, and immediately kicks Jacob out.

It's not too long, though, until the teenager finds out about Maya's role in what happened. 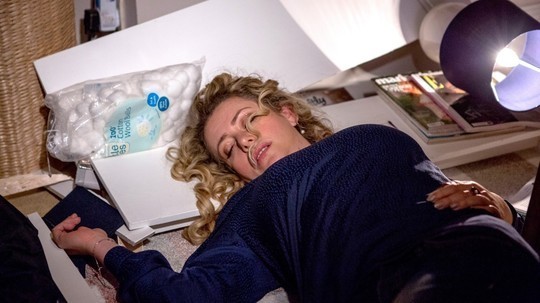 END_OF_DOCUMENT_TOKEN_TO_BE_REPLACED

He decides to stand up to her, telling her that he wants nothing more to do with her.

As she tries to apologise to him, Jacob threatens to tell his stepdad (and Maya's boyfriend), David, about what has been going on between them.

Maya decides that it's only a matter of time until Jacob exposes her true colours, and she's going to leave the village.

However, while packing her things away, she falls off a stool and hits her head - knocking herself unconscious.

Whether or not she'll be OK - and who will be the one to find her - isn't totally clear, so viewers will have to wait until February 7 to find out what happens.


popular
Kids still got a pesky case of lice with school out? Here's how to fix it
Get ready to live like the stars because Lidl is selling an entire home cinema range
Energia and GIY are giving away free grow boxes so you can start a vegetable patch with your kids
11 little things that mean the absolute world to your kids
Surviving motherhood: 10 clever buys that'll make your life a little bit easier
A Tyrone midwife was chosen to feature on the cover of Vogue
10 reasons why everything is just so much easier with baby number two
You may also like
1 month ago
Here’s the line-up for the first virtual edition of The Graham Norton Show tonight
2 months ago
RTE are set to broadcast an hour of 'school on TV' everyday from Monday
3 months ago
Joanne Froggatt has ruled out a season three of Liar
3 months ago
Liar's Joanne Froggatt teases what fans can expect from season two
3 months ago
ITV's new crime drama Honour will be the TV show that everyone is talking about this year
3 months ago
There's a Golden Girls-themed cruise setting sail next year and we're packing our bags already
Next Page