Europe to be hit by 'potentially dangerous' heatwave next week

Very hot air from Africa is being pulled across Europe.

A heatwave is expected to bring temperatures as high as 40 degrees Celsius to parts of Europe next week.

Temperatures in cities from Spain to Germany are expected to exceed 32C and could potentially climb to more than 38C or even 40C in the hottest areas.

Much of Europe will see at least one day of “intense heat” over the course of the week, forecasting service AccuWeather said, with the majority of it focused on the areas around southern Germany, east France, Switzerland, northern Italy and Austria.

The combination of a storm stalling over the Atlantic Ocean and high pressure over central and eastern Europe will act to pull very hot air from Africa northward across Europe.

“This will set the stage for a potentially dangerous heat wave to occur over a large portion of western and central Europe,” AccuWeather said.

In France, Météo France warned that the heatwave, while short, could be extremely intense. 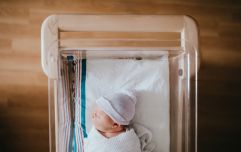 END_OF_DOCUMENT_TOKEN_TO_BE_REPLACED

“Even though it will be shortlived, this heatwave could be remarkable for its momentum and intensity,” Météo France said.

Meanwhile, Ireland will miss the brunt of the hot weather but we can expect temperatures to reach the mid twenties next week but the weather will be highly unsettled with the risk of rain and thunderstorms.

In the UK, temperatures are expected to reach the high twenties on Tuesday and Wednesday next week.


popular
Angelina Jolie 'doesn't care' about Brad and Jen's reunion - and unfortunately, she's the only one
The ironing hack that's about to make your everyday life so much easier
The most popular baby names in the world have been revealed
Brad Pitt's response to the drama over his reunion with Jennifer Aniston is interesting, to say the least
Penneys is selling the cosiest grey jumper for just €12, and we need it
Expecting a baby boy? 10 short and sweet names that are actually really cool
The €30 Penneys jumpsuit that could pass for a designer piece is in stores now
You may also like
3 weeks ago
Pope Francis apologises after slapping the hand of a woman who grabbed him
3 months ago
Woman quits her job and spends 57 days searching for her missing dog
4 months ago
Thousands of Irish students are striking for climate action today
5 months ago
Boy dies after falling ill at Center Parcs resort in the UK
6 months ago
Irish family of sick boy allowed to stay in Australia following intervention from minister
6 months ago
Seven girlfriends buy a mansion so they can retire together Golden Girls style
Next Page