The family of the three month-old girl who was killed in a dog attack in Clashmore, Co. Waterford, have thanked the public for their support over the past week.

Baby Mia O'Connell tragically passed away on Monday morning after the dog entered her room as she slept.

In a statement to WLR FM, Mia's family thanked their community for showing them support and solidarity following the loss of their daughter.

They said: "We would like to thank everyone for their support, kind words and prayers at this time.

"We would also like to commend the paramedics who came to the scene, and the Rapid Response Unit from Youghal."

Additionally, Mia's grand-aunt Dianne Woods thanked her community on WLR FM, and described her as a "beautiful, beautiful little girl."

She said: "Everybody has been so good. All the country far and wide with all the prayers and the thoughts.

"From Mia and all the family, we just want to say thank you, And to the paramedics who were on the scene to the Rapid Responders in Youghal who went, a massive thank you."

She added that the family would "always cherish" the time they had with Mia. 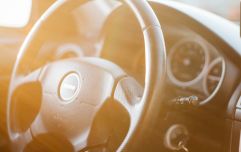 END_OF_DOCUMENT_TOKEN_TO_BE_REPLACED

"She was always laughing and smiling. She brought joy to her parents. She is going to be so missed."

Ms Woods said: "Words can't describe. How can you get over something like this?"

She added that Mia's death "shocked the community", but noted that as the country came together, she could "really feel the warmth".

Assistant State Pathologist Dr Margaret Bolster conducted a post-mortem examination, and a file on the case will be prepared for the county coroner.

The dog involved has been put down.

Gardaí continue to appeal for privacy for the family at this time.


popular
Michael Jackson's daughter Paris speaks out about the PTSD her upbringing caused
A controversial new sex education programme for catholic primary schools is causing uproar
FM104 apologise for "making light" of voicemail from 4-year-old boy with additional needs
This mum can't understand why no one likes her 'teacher gift' idea
39 wives and counting: Meet the World's biggest family
Chrissy Teigen makes second public apology for "awful" cyberbullying and vows to be a better role model for her children
"My sister-in-law stole my baby name and now she's mad I'm still using it"
You may also like
4 days ago
Body of 6-year-old girl kidnapped by father found in sports bag in sea
4 days ago
Three-year-old girl fatally injured in playground accident where dad fell on top of her
5 days ago
Myleene Klass to explore "dark secret" of miscarriage in new documentary
6 days ago
Man charged with murder of wife who disappeared 40 years ago
6 days ago
More details emerge on fatal dog attack in Co. Waterford
6 days ago
Fisher-Price products recalled following four infant deaths
Next Page