Always felt like you got the brains in the family? Then you are probably onto something – at least if you are the eldest of your siblings.

New research carried out in a German University found that the first born in a family has a higher IQ than their younger siblings due to the level of attention they are bestowed in their early years.

Scientists carrying out the study discovered that parents tend to make a greater effort to encourage learning with their first child than they do when it comes to their second, third and fourth children. In other words, with your first born you have time to do all the stuff that you won't have time for when baby #2,#3 and #4 arrives.

The German researchers found a difference of 1.5 IQ points between each sibling in a family after taking into account three national surveys which documented the IQ results of more than 20,000 people. 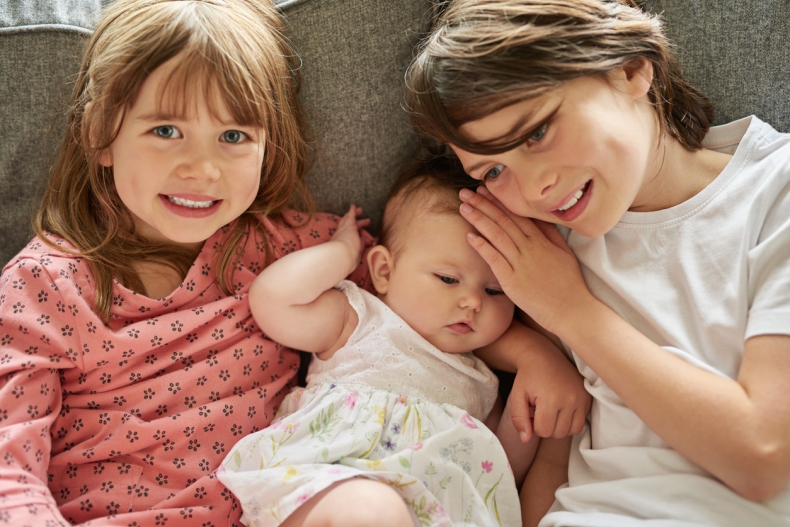 Lead researcher Dr Julia Rohrer said the following about the result: “One theory is that following children “dilute” the resources of their parents."

END_OF_DOCUMENT_TOKEN_TO_BE_REPLACED

Well, I think we can all agree that our brains do indeed get a little diluted with motherhood – and as more babies come along, no?

“While the firstborn gets full parental attention, at least for some months or years, late-borns will have to share from the beginning," Rohrer explains.

“Another possible factor is described by the tutoring hypothesis: A firstborn can “tutor” their younger siblings, explaining to them how the world works and so on. Teaching other people has high cognitive demands – the children need to recall their own knowledge, structure it and think of a good way to explain it to younger siblings, which could provide a boost to intelligence for some firstborns.”


popular
Inside Prince William and Kate's beautiful new home in Windsor
Baby clothes from Shein and AliExpress have dangerous levels of harmful chemicals
Here's where you can get the best deals on all your Back to School essentials
The colour of your kid’s swimsuit could save their life
TikTok star shows how to avoid sweat stains by using pantyliners
Shows like Bluey and Peppa Pig are actually bad for kids, expert warns
Owning a Tamagotchi prepared me for parenthood in a way no parenting book could
You may also like
5 days ago
Concerning number of people in Ireland are surrendering their dogs
6 days ago
650 children strip-searched by Met Police in 2 years, report reveals
1 week ago
Actor Anne Heche rushed to hospital after car crash
1 week ago
Investigation into the discovery of a body of a male, Drumcondra, Dublin
1 week ago
Gardaí appealing for witnesses following fatal traffic collision in Skibereen Cork
1 week ago
Gardaí in Dublin investigating allegations of the Sexual Exploitation of Children
Next Page