The first contestant to leave I'm A Celebrity, Get Me Out of Here 2019 has been revealed

It has been almost two weeks since the celebrities first arrived.

And while it was going to have to happen at some point, that doesn't mean we were any more ready for the first contestant to be voted out of I'm A Celebrity...Get Me Out of Here! 2019.

Over the last couple of days,  the campmates have been competing in Reckonings to lift the 'curse' on themselves in a chance to win food - and potential immunity.

After last night's first competition, Jacqueline, Nadine, Cliff, Andy and Caitlyn were all cursed and, therefore, facing the public vote. Adele, Andrew, Kate and Roman later joined them on the chopping block.

And after a very short public voting time (no, really, it was a little less than 10 minutes according to Ant and Dec), it came down to Nadine and Adele - and Adele was announced to be leaving the camp. 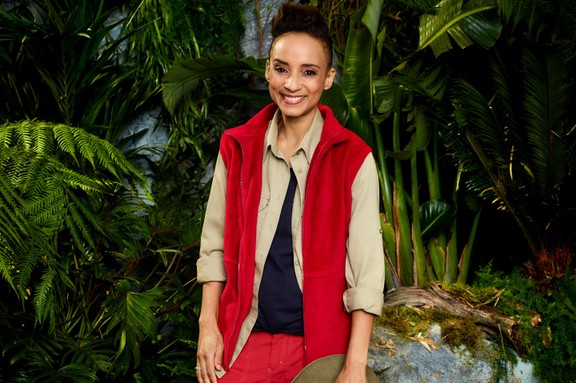 However, viewers were calling the vote "unfair" as Ant and Dec announced before they headed into the camp that votes made in the app would not be counted.

This was due to the wrong words being used in the app.

What the actual... #ImACeleb? I am sure if the app vote had counted this would not have happened pic.twitter.com/imKGIfq17J

#imaceleb disgraceful. Vote should of been called off. The app is the main focus of votes, I mean who votes by phone anyway.

Definitely would have been different if the app would have worked! #ImACeleb

If the app votes didn’t count then they shouldn’t have went ahead with the vote. Totally not a fair vote. #imaceleb

When you’ve voted in the app and Ant and Dec tell you it doesn’t count....#ImACeleb pic.twitter.com/anlJkKpXIw


popular
10 beautiful baby girl names none of your friends will have thought of first
Positive parenting: My little boy would never listen to me – until I tried something new
Royally cute: 15 regal baby girl names perfect for your little princess
#ToBeHonest: the tea and toast after giving birth is the best meal ever
10 baby boy names forgotten in time – that we reckon deserve a second chance
This jam drop cookie recipe will keep the whole family entertained (until they start asking for more)
10 IRL struggles only breastfeeding mums will be able to relate to
You may also like
6 months ago
Jacqueline Jossa says that reuniting with her family was better than winning I'm A Celeb
6 months ago
Dan Osborne has shared some gorgeous holiday pictures of Jacqueline Jossa and their kids
6 months ago
Andy Whyment says he wants to go back to his 'normal, boring life' after I'm A Celeb fame
6 months ago
Apparently, Andy Whyment's being eyed up for a record deal after I'm A Celeb stint
6 months ago
Roman Kemp to see biggest Instagram fee increase since leaving I'm A Celeb, reveals data
6 months ago
Jacqueline Jossa was crowned queen of the I'm A Celeb jungle last night, and her reaction was priceless
Next Page