Eva Price is about to have her baby.

It's not a royal baby, we know, but it's still a fairly eagerly anticipated baby and that's good enough for us.

Eva has been (somehow) concealing her baby around the Coronation Street cobblestones for quite some time now, and despite the fact that she is clearly pregnant, people have been none the wiser.

Which, you know, fair enough.

Today, the Coronation Street Instagram page shared the first photo of Eva and her baby together.

They probably had a tip off that the Duchess of Cambridge was going to give birth later in the morning, in fairness to them. 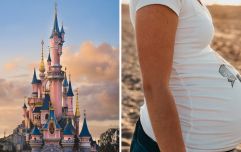 END_OF_DOCUMENT_TOKEN_TO_BE_REPLACED

Anyway, in the photo Eva can be seeing holding her newborn and looking quite emotional.

It remains to be seen as to whether anybody else was with her for the birth, but that's not the question that's got Corrie fans into a bit of a mild meltdown.

They're not wondering who's with Eva, but how in the world a baby that size is supposed to be premature. 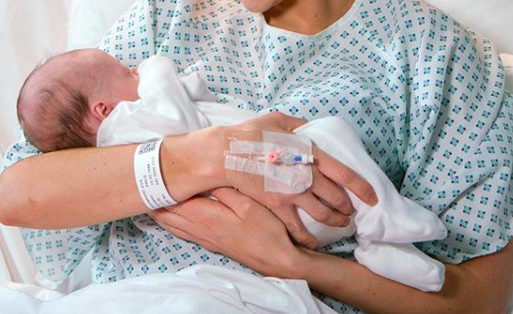 Yeah. Does look pretty full term to us, in fairness.

"If a baby were 12 weeks early (going by Eva being 17 weeks pregnant when she found out), they’d be very small and have to go into NICU, which clearly the baby in this picture isn’t!" argued another.

Now, in fairness, we're not going to take a whole lot of issue with this because since when is hiring a premature baby for some soap acting a thing that people are actually able to do?

So, whatever, it's grand.

Just know that we'll have to listen to a lot of people complain about the size of this particular baby for a verrrrry long time.


popular
"You're disgusting": Prince William roars at photographer who was 'stalking' his family
Expert says Cocomelon acts "as a drug" to kids' brains
Fashion expert tells mothers what to wear on school run to not look 'old and frumpy'
Mum gets mixed reaction to photo of her drinking beer while breastfeeding
Mike Tindall had some very harsh words to say about Prince Harry
6 fun things to do in Dublin on your next family day out
The Kivin method could help you get the best oral sex you've ever had
You may also like
1 week ago
My doctor yelled at me to be quiet when I was giving birth
1 week ago
A woman has died in Limerick after giving birth at home
3 weeks ago
What is vaginal seeding and why is it growing in popularity?
3 weeks ago
Lucy Mecklenburgh and Ryan Thomas announce the arrival of baby #2
1 month ago
Concerns about increase in babies being born with drug-withdrawal symptoms
1 month ago
A TikTok-er showed the size of an epidural needle, and yep, it's huge
Next Page