Family hadn't heard from her since earlier this month.

A mother in the US and her toddlers have been found dead in a parked car outside an apartment building in Florida.

Police discovered the bodies of 35-year-old Andrea Langhorst and her three-year-old twin children, Olivia and Adam Dryer, in their Cadillac outside a complex in the city of Melbourne, southeast of Orlando.

No cause of death has yet been established and an investigation is ongoing.

However, the Melbourne Police Department said in a statement they do not believe the deaths to signify an active or persistent danger to the local community.

Florida Today reports the mother and children had been living on-and-off in the vehicle.

"It's still under investigation. We don't have any information as far as how long they were there. But she was living out of her car," Lt. Shaun Hill, spokesman for the Melbourne Police Department, told the media outlet.

Per the publication, Ms Langhorst's father, Randy Langhorst, had contacted police last weekend after not hearing from his daughter since March 11.

He told People that the only information the family has been given so far is that investigators believe the mum and children died around the same time. 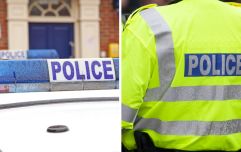 END_OF_DOCUMENT_TOKEN_TO_BE_REPLACED

"It's a really difficult time. We're just playing the waiting game to get closure on it, to see what exactly happened," he said, adding that he hopes an autopsy and toxicology report will give them "closure".

"I just know they were in the car in the heat of Florida for a few days. We didn't have to identify the bodies, the police were able to do it with the photographs we gave them. I can't imagine myself or my ex-wife having to do that."

The dad explained he is trying to hold off on speculating about how his daughter and grandkids died until he has more information. "Then our family can be at peace a little more, knowing what happened," he said.

Mr Langhorst shared that the family plans to cremate his daughter and her children together.

"Andrea had been with those kids since they were born, they'd go everywhere with her," he said, describing his daughter as a "kind and loving mother".

"We just have to have faith right now. It's the only thing that's going to pull us together because I got a lot of hurting people in my family right now."