The tenth anniversary of Madeleine McCann's disappearance occurs on May 3rd and as a result, the case is a major topic of media discussion at present.

Although there have been numerous theories about what happened the Leicester-born three-year-old, the latest one might be the most chilling.

Paulo Pereira Cristovao, a Portuguese investigator, has spoken out about the case and criticised fellow police colleagues in the process.

Cristovao, who became head of Portugal’s Association for Missing Children the year Madeleine went missing, said he believes she was snatched from her family's holiday apartment in Praia da Luz and taken to a group of nearby caves.

Speaking to The Mirror, he explained that he came up with the explanation after visiting the McCann's holiday accommodation and imagined what the kidnapper would have done.

“I put myself in the role of someone who knew nothing about the streets or the region. Where would I put the body of a girl?

I stood at the apartment door – to the right is the town of Portimao. There are lots of people there, lots of buildings.

If I had kidnapped her that’s not the way I’d want to go. I would want to go left, and find the first side road. I put my car on that road, and I went straight to Burgau. It’s a nearby beach, with a lot of rocks with caves.

It’s a good place to put somebody. As far as I know the police never went there, because you would need divers."

The ex-police boss said that he did not think Madeleine's parents, Kate and Gerry, had anything to do with Madeleine's appearance. 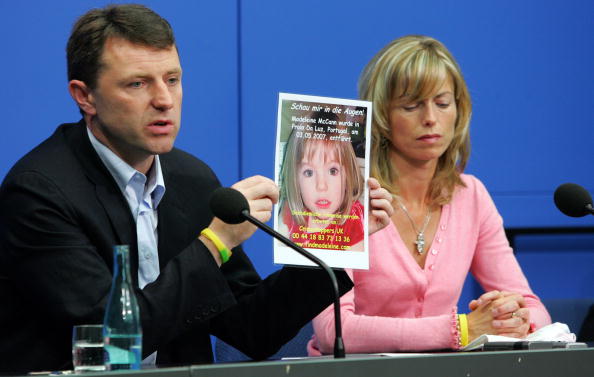 However, he did say that the situation was handled badly and too much emphasis was placed on the number of people investigating, rather than the investigation itself.

"That’s one of the lessons too, not always putting big numbers and lots of policemen. Sometimes you don’t need 400 officers, you need only three or four to focus on the results."

Commenting on the unsolved case, which is now approaching its tenth year, Cristovao said:

"At the end of the day we all forgot one person – Madeleine McCann."


popular
"You're disgusting": Prince William roars at photographer who was 'stalking' his family
Expert says Cocomelon acts "as a drug" to kids' brains
Mum gets mixed reaction to photo of her drinking beer while breastfeeding
6 fun things to do in Dublin on your next family day out
The Kivin method could help you get the best oral sex you've ever had
Harry and Meghan release brand new picture of Lilibet to mark 1st birthday
New dad called 'demanding' over list of guidelines to visit newborn son
You may also like
4 hours ago
"It's a competition" – one mum rants about teachers' presents and we agree
5 hours ago
This mum is afraid that she may have given her baby the wrong name
6 hours ago
Family of Deborah James sadly announce that she has passed away
9 hours ago
Free contraception to be rolled out for women aged 17-25
13 hours ago
19-year-old in critical condition after severe car accident in Cork
14 hours ago
Planning a family trip to Kerry? Discover everything Muckross House has to offer this summer
Next Page