Frustrated Teens Criticise 'Out Of Touch' Sex Education In Schools

It seems that educators are missing a trick when it comes to teaching about the birds and the bees.

An international study, published today by the British Medical Journal, finds that schools are failing to deliver a curriculum that differentiates between the scientific nature of sex and practical advice like the availability of community health services and contraception.

The study carried out by researchers at the University of Bristol, focused on 12-18-year-olds in Ireland, Canada, the UK, USA, Australia, Japan, Iran, Brazil and Sweden.

The results were surprisingly consistent, despite being across such a wide geographical reach, and seemed to point towards a failure to acknowledge that students were sexually active.

Students also felt there was too much emphasis on heterosexual relationships, and that teaching was out-of-date and often delivered by embarrassed teachers. The findings also warned that students felt sex education was delivered too little, too late.

But how young is too young to teach our children about sex, and are we in danger of missing a trick when it comes to safeguarding and improving sexual health?

Ireland is a country where sex and sexual education has traditionally been taboo. Here we have RSE (relationships and sexuality education) which was introduced into secondary schools in 1997. 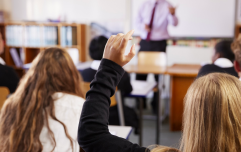 END_OF_DOCUMENT_TOKEN_TO_BE_REPLACED

However, a study by the HSE back in 2006 found that less that a third of all schools were fully implementing RSE. Currently, students are meant to receive six such classes every year between first year and sixth year.

Just this week the HSE announced its to carry out further research on the experience of how the subject is being taught in Irish secondary schools. The findings are due to be released in December 2017.

Do you think it's the school's responsibility to teach your children about all things sex? Mail me amanda.cassidy@herfamily.ie with your thoughts.