Fundraiser set up for Cork teenager paralysed during Storm Emma

A fundraiser has been set up for a Cork teenager who was paralysed during Storm Emma.

Jack O'Driscoll was walking with his father in Cork city on March 1 taking pictures of the snow when he slipped on the ice and landed on his neck.

The 19-year-old fractured his C5 vertebrae during the fall and was paralysed from the chest down.

He is currently in the Mater hospital in Dublin while his family are appealing for donations to improve his quality of life.

On O'Driscoll's GoFundMe page, they wrote:

"Through all of this Jack has remained positive, upbeat and determined. Based on Jack’s outlook, his friends and family are hopeful that his progress will continue and allow him to begin the next stage of his rehabilitation at the National Rehabilitation Hospital (NRH) in Dún Laoghaire. 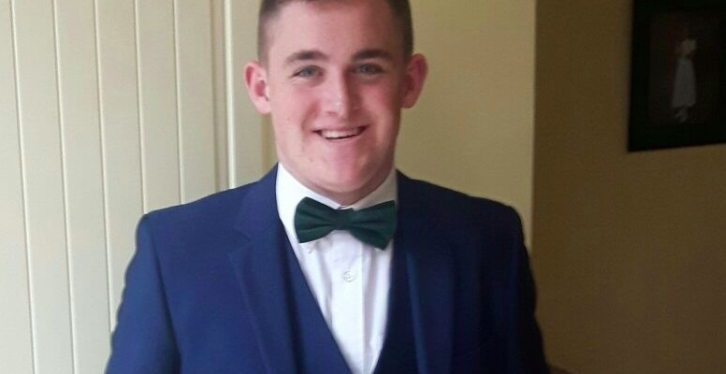 "Since the accident Jack’s family have been overwhelmed by goodwill and support. Therefore, members of Jack's friends and family have established this funding page with the goal of raising the necessary funds for the dedicated support and treatment he will require.

"We feel we owe it to Jack to approach this aspect of his recovery with the same determination he has shown in the early stages of his rehabilitation."

O'Driscoll's family are seeking €200,000 to cover the cost of the 19-year-old's rehabilitation.

You can donate to the cause here.


popular
NPHET to advise the Government that all schoolchildren return to school the end of February
Positive parenting: 11 little things that mean the world to kids
40 gorgeous baby names predicted to be trending in the next decade
Apology issued after family members of Coombe staff given vaccine
I am pretty obsessive about bedtime rituals in our house – and here the reason why
Cardigans are having a major moment – and here are a few I have in my virtual carts right now
Amy Huberman is homeschooling her kids – like the rest of us – and here's how it's going
You may also like
1 month ago
Donegal woman who lost family in crash urges people to "cherish life"
1 month ago
Young child among those injured in tragic Roscommon traffic collision
1 month ago
Christina Perri shares loss as baby is "born silent"
1 month ago
"I tried to imagine how we’d heal:" Meghan Markle discusses miscarriage in candid opinion piece
1 month ago
Ice bucket challenge co-founder dies, aged 37
2 months ago
Three members of same family pass away from Covid in two weeks
Next Page